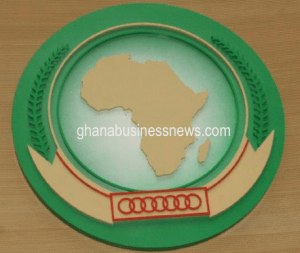 The African Commission on Human and Peoples’ Rights has urged the Government of Burundi to specify, investigate and redress all human rights violations and abuses since the crisis in April 2015.

The Commission has also urged the government and people of Burundi to “urgently and immediately” commence a peace process to resolve the current crisis as it cannot be solved through violence.

The Commission’s request was contained in a communiqué issued by a human rights delegation of the AU, after a fact-finding mission to the Republic of Burundi from December 7 to 13, 2015.

The delegation consisted of the following Commissioners: Pansy Tlakula, Chairperson of the Commission and Special Rapporteur on Freedom of Expression and Access to Information in Africa; Reine Alapini-Gansou, Special Rapporteur on Human Rights Defenders in Africa; Jamesina Essie L. King, Chairperson of the Working Group on Economic, Social and Cultural Rights; and Dr Solomon Ayele Dersso, Chairperson on the Working Group on Extractive Industries, the Environment and Human Rights Violations.

A statement issued by the AU Commission on peace and security said the Commission found the human rights and violence situation to be “of great concern” after visiting a detention centre and a hospital and taking testimonies of victims of the crisis.

“During our interaction with stakeholders we received reports of ongoing human rights violations and other abuses including arbitrary killings and targeted assassinations, arbitrary arrests and detentions, torture, arbitrary suspension and closure of some civil society organizations and the media, etc.

Of equal concern to the Delegation are also reports of people being forced to flee from their homes and continuing flow of refugees as well as social services such as schools and hospitals being seriously affected,” the statement said.

The delegation also called for the strengthening of neutral monitors such as human rights monitors and military experts.