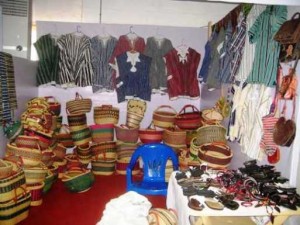 The 20th edition of the Ghana International Trade Fair (GITF), which provides an opportunity for local and foreign businesses, industries, and educationists to interact with potential partners to promote their businesses, is to be held early 2016 in Tamale, the Northern Regional capital.

The event, slated for February 25 to March 7, 2016, is being organized by the Ghana Trade Fair Company (GTFC),  in collaboration with the Savanna Accelerated Development Authority (SADA),  on the theme: “Two Decades in International Trade Fairs in Ghana: Exploring Business Opportunities in the SADA Zone of Ghana.”

It will be the first time the Ghana International Trade Fair will be organized outside Accra.

Speaking at the launch of the GITF, Mr Charles Abugre, Chief Executive Officer of SADA, described the SADA zone as the new frontier for investments, and welcomed the decision to organize the GITF within the SADA zone.

Mr Abugre spoke of business opportunities within the SADA zone, saying it had six million hectares of suitable agricultural land for rain-fed and irrigated farming, and energy resources such as water bodies for hydropower and sunshine for solar, among other renewable energy potentials.

He also mentioned water transport for bulk transportation, unmet commercial real estate and housing demand, industrial and agro-parks, significant mineral deposits,  including iron ore and lime, and tourism, yet to be tapped to drive the development of the savanna ecological zone.

He said: “We have re-positioned the organization’s way of working to prioritize catalyzing, facilitating and promoting public and private investments into the zone”

Mrs Hannah Amoateng, Chairperson of the Board of Directors of GTFC, said the decision to organize the fair within the SADA zone and Tamale in particular, was to open the area to investors to tap into the numerous opportunities with the SADA zone.

Dr Musheibu Mohammed, Deputy Upper West Regional Minister, urged business operators among others within the SADA zone, to take advantage of the fair to market their business activities.