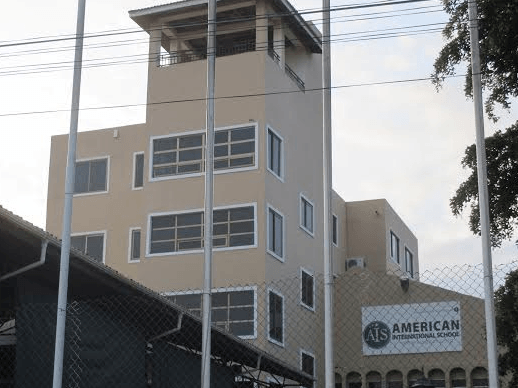 Joe Hale of the NICS has drawn our attention to a response to a news report on a Ghana court ruling asking the organization to refund $800,000 in taxes to Ghana. The response was published on the organization’s website and we are reproducing it.

NICS is saddened to be made aware that certain individuals, namely Mrs. Laurie Korum, have chosen a public format by which they are trying to discredit this organization and the individuals affiliated with it.  This is related to the recent (June 12, 2015) court decision in Accra.  It was our desire that this case be kept inside the school family in Accra, both to protect American International School and the Korum Family, long-term missionaries in Ghana.  The following is our written response to the inflammatory and misleading articles Mrs. Korum was instrumental in posting in several newspapers and publications in Ghana and possibly elsewhere.  Sadly, Mrs. Korum has sent links to this article broadly to Facebook members, LinkedIn, church websites, etc., making it necessary for us to respond.  This will be our one and only formal response:

Justice Gertrude Torkornoo, who has presided over the trial which has lasted more than two and a half years, delivered her judgment on Friday, June 12th.  The trial was primarily over the issue of ownership, governance, and management of the school.

The two primary parties involved were the Network of International Christian Schools (NICS), a U.S.-based non-profit educational mission agency, and Mrs. Laurie Korum, a long-time missionary in Ghana with Bethany International, also a U.S.-based agency; Mrs. Korum is also a part-time nurse at US AID.  Mrs. Korum voluntarily assisted NICS in setting up the school initially, but never sought or received any official title, other than being hired in 2010 as the school’s Project Manager; in the early days she volunteered as the school’s bookkeeper.  Mrs. Korum also received significant compensation from NICS in the form of full scholarships for her three children.  Dr. Joe Hale, representing NICS, stated, “This gift was given out of appreciation for the help Mrs. Korum gave us in setting up the school.  To date, the cash value of that gift is about US$178,000.  We thought we were expressing gratitude to a friend; now we better understand her intentions.”

On August 12, 2012, however, Mrs. Korum, along with her (then) lawyer Max Logan, four armed policemen (who are yet to be identified), the school’s (then) headmaster, Mr. Marsden Crosby, and two parents, Dr. John Laba and Ms. Akosua Busia, claiming to be the new school board, entered a staff meeting holding up papers they claimed to be a court order, and announced that they were now the school’s ‘Executive Council’ with the authority to govern the school, which, they claimed, would no longer be a part of NICS.  The school principal, Mrs. Sheree Haley and business manager, Ms. Minta Berry, were handed letters of termination and told to leave the meeting.  It was later discovered that the so-called “court order” was non-existent.

In court, Mrs. Korum denied that the policemen were armed and even stated under oath that she never saw policemen on the school campus that day; but the act was witnessed by about 30 of the school teachers (NICS missionaries and Ghanaian teachers and staff).  It was also noted in court that the headmaster, Mr. Crosby, had been recently placed on an improvement plan by NICS, after which he would be terminated if significant improvement in performance and behavior were not achieved.  Mrs. Korum and Mr. Crosby then joined forces to try to illegally take the school from the owner, NICS.

During the next few days, during which NICS officials were not allowed on campus, significant school funds went missing, and bank records indicate that some of those funds were transferred to a bank account belonging to Action Chapel’s Compassion in Action with the intention clearly to misappropriate these funds.   NICS claimed that all of these actions were illegal.  Mrs. Korum’s alliance with Mr. Crosby soon dissolved, as Mr. Crosby began work as the Director at a new school in East Legon, Liberty American School (LAS). Under oath, Mr. Crosby initially denied he had been employed at LAS, but when proof that his title, which was posted on the school’s website, was presented to him in court, he admitted this as true.  Mrs. Korum also denied employment as Project Manager by AIS, even when proof of her income and payment of her payroll taxes were presented in court.

Dr. Hale, founder and president of NICS, stated after the verdict was announced, “It is a shame to see people claiming to be Christians and missionaries, do such horrible acts that hurt families and children.  It seems to me that they were more interested in their own personal interests than the well-being of the school and the students.  I suppose they thought NICS would just fold and let them take the school since we are based in the USA. But this school and these children are worth fighting for; even more, we must fight for justice and not let evil win.  This has been a long, hard battle, and these folks have done a lot of damage.  Ultimately, God will judge them, but I do thank God for a just ruling by the Ghanaian courts in regard to ownership.”

During the time of the trial, the NICS leadership has continued to operate the school and support from the parental community has been strong.  NICS has helped with the financial struggles entailed by the chaos caused by this attempt to take over the school.  “The school principal, Mrs. Sheree Haley, has done a wonderful job in leading the NICS staff during this difficult time, bringing continuous improvement to the school, and preparing the school for an upcoming accreditation (Middle States and ACSI) visit.  She is an amazing leader, and I am so proud of her,” states Dr. Hale.

The court’s ruling made it clear that all “titles” claimed by Mrs. Korum were unfounded, including her claim to be the Originator, Founder, Member, Subscriber, Promoter, and Director (board member) of AIS.  The court’s ruling also upheld NICS’ claim that it was wrongful and illegal for Mrs. Korum and Mr. Crosby to transfer the school’s funds into Compassion in Action’s bank account, and ordered them to render accounts of all the sums that they withdrew from the school’s account, and also refund all sums that were not utilized for the running of the school. We intend to pursue this to the fullest extent allowed by the law, and will recover from them all the sums that they took out of the funds.

All claims against NICS sought by Mr. Crosby, including his claim that he was wrongfully dismissed from his employment at AIS, were dismissed by the judge.  The judge did request an audit from the Ghana Revenue Authority regarding all funds sent from the school through the NICS home office in the USA, to assure that any appropriate taxes were paid; she ordered that these funds be returned to AIS during this audit.  “It saddens me that the judge was convinced that NICS was trying to evade taxes, as this is simply not true.  The charge for administrative services that NICS provides to AIS is a valid charge, and is something that takes place with all network schools, and actually saves the school thousands of dollars. These services were rendered and payments for them were made in a transparent manner, and were audited by AIS’ auditors and tax consultants over several years,” said Dr. Hale. “International schools, by their very nature, incur many expenses outside of the country, including teacher recruitment, managing health care plans for teachers, providing pastor care resources for teachers, holding and shipping supplies and curriculum needing to be shipped to Ghana for the school, helping pay salaries for home office staff to provide services needed by the school.  The court was presented with invoices and receipts for all these expenses, and the school’s book are audited annually in Ghana.  Why the court chose to ignore this clear documentation, I do not understand.”  NICS has made it clear that the agency will gladly submit to any audit required in Ghana, and AIS will pay any and all taxes due, as always.

The judge also stated in her judgment that she believed some documents presented in court were fabricated, and that no document existed that spelled out the services provided to AIS for the fees charged.  “This is simply inaccurate.  The AIS board agreed to all the normal fees charged for services rendered by NICS to AIS.  Mrs. Korum was not only aware of this but actually did the disbursements of these funds in the early years as the school’s bookkeeper,” stated Dr. Hale.  He further commented that “It’s a shame to see such twists and spins on the truth with the sole purpose of discrediting NICS.”  Further, Dr. Hale pointed out, “It is clear that Mrs. Korum and Mr. Crosby (former AIS headmaster), intentionally schemed together to try to forcefully and illegally takeover AIS from its legitimate owner, NICS.  Make no mistake, the primary point of this trial was the ownership and control of AIS. We respect Justice Torkornoo. She clearly got it wrong in regard to our ethics and intentions, but at least she got it right in regard to the law.  Mrs. Korum lost on all counts regarding ownership.  After the ruling, Mrs. Korum has tried to make it appear that her concerns were primarily about the money being paid to NICS; in fact, this takeover attempt was really about her desire to be in control of AIS.”

In regard to the future of AIS, Dr. Hale, states, “The school has purchased land and hopes to build a first-class facility soon.  Now that this trial is behind us, we can get back to the wonderful progress we were making in building one of Accra’s top international schools.” Regarding Mrs. Korum and Mr. Crosby, Dr. Hale states, “While I wish them no harm, I believe the first step for them is to sincerely repent of their illegal and reprehensible behavior and make right what they have wronged.  All basis for trust is now gone; they have no credibility with us whatsoever.  Mrs. Korum needs to stop her crusade to damage AIS and NICS; she is no longer a part of either.”

AIS was founded by NICS in 2006 and grew to almost 250 students, quickly receiving its candidate status for accreditation.  “Our teachers make this school successful,” states Dr. Hale; “they are mostly U.S. or UK-trained and certified, combined with an excellent mix of Ghanaian staff.”  NICS operates 18 schools in 15 countries.  “We have what parents like: excellent academics combined with a safe and positive environment; we operate on Christian principles, yet open our doors to all.  This combination encourages students to have high standards as well as being properly equipped to lead the next generation.”