Is Boateng a Ghanaian name?

I recall my immense shock at an on air confession by a BBC presenter during the 2006 World Cup that he’d thought all along that the name Boateng was British. My awe at this ignorant statement knew no bounds, back then. On hindsight now, I perfectly understand where he was coming from.

Anybody not familiar with Ghanaian names could have made a similar error. The name does actually sound exotic and non-Ghanaian when pronounced as bo-TANG especially by native English speaking BBC presenters. This is especially the case because of the numerous Boatengs from Ghana whose offsprings have found fame and fortune in Europe and elsewhere. There are Boatengs from Britain, the Netherlands, Germany, etc.

From Paul Yaw Boateng in politics and law, Ozwald Boateng in fashion to the football talents of George Boateng, captain of Hull City football club and the now famous World Cup blood adversaries Kevin Prince Boateng and Jerome Boateng, the Boateng men born or raised in the Diaspora are making their mark.

Typically an Akan name it is apparent that these famous bearers of the Boateng name share no kinship ties except perhaps the coincidence of their star status in European countries. I’m not sure the fathers of these Boateng men are entirely responsible for crafting the fortunes away from the motherland.

Let’s start with the Brits. Lord Paul Boateng only found himself scuttling back to the UK following his father’s imprisonment after the overthrow of Nkrumah in 1966. History was to follow the man with mixed Ghanaian and Scottish heritage in his adopted country. When he became MP for Hertfordshire West in 1987, he became one of the first three black British Members of Parliament. He then went on to become the UK’s first black government minister as under-secretary of state at the department of health and then again made history as Britain’s first Black cabinet minister. Only this year Right Honourable Paul Boateng has become Lord Boateng of Akyem and Wembley, a member of the House of Lords! (With allegiance to the Queen of Britain, God save the Queen).

Who doesn’t know Ozwald Boateng? He is THE NAME in bespoke tailoring. Well I mean all the sort of suits made to specification and which is won by those that can afford (and there are just a few). Ozwald Boateng OBE is a pure Ashanti man born in London.  The British pride struts his stuff from the famed Savile Row in London (which probably still retains its glamour because of this particular Boateng’s influence). Ozwald Boateng was the youngest and the first Black Tailor to set up at Savile Row, was once the creative director for fashion house Givenchy and was responsible for the suits in the hugely successful movie MATRIX trilogy and the style of Will Smith, Jamie Foxx et al. He did get the chance to share his talent with his roots when he staged a fashion show during the AU Summit in 2007. After several visits back to Ghana this particular Boateng is very much in touch with his origins.

Now let’s return to the football pitch. George Boateng, until recently captain of Hull City in the English premiership and at the verge of a move to Celtic is a Dutchman. But of course he hails from Ghana. Actually George Boateng was born in the popular Kwahu town of Nkawkaw and attended school at the Prince Boateng Memorial Institute at Nsawam. That is where the patriotism ended. At the age of 15 Boateng switched nationality and starred for Feyenoord in the Netherlands before featuring for a litany of clubs in the Premiership – Coventry City, Southampton, Middlesborough and Hull City. Ah well, Boateng may be Dutch but despite captaining their U-21s he had only a miserly 4 appearances for Oranje and has openly admitted wishing he had opted for the Black Stars of Africa.

To Germany now and the story of the World cup 2010 in South Africa- the first bothers to ever line up for different countries and also play against each other. Kevin-Prince Boateng and Jerome Agyenim Boateng. The Boateng father of the pair, Prince Boateng Senior (a Bono man) left Sunyani for Germany almost 30 years ago in typical hustler style. Mr Boateng did not exactly cover himself in glory when he left Kevin’s mother Christine when he was a year and a half old and Jerome’s mother, Martina when he was just five years old.

He is however reported to have coached the two boys as kids before they joined Hertha Berlin. The wild oats he sowed in Germany seems to have turned out mutually beneficial to his host country and his motherland. Ok, four years ago Kevin Prince Boateng was ‘dissing’ Ghana as the country he would never play for because there was nothing Ghanaian about him. That is when he was a high flying German U-21 international looking forward to life in the German National team. Credit to him, Kevin survived the tough, poor neighbourhoood of Wedding while Jerome (with a flight attendant mother)grew up in the more classy Berlin Wilmersdorf neighourhood.  Kevin’s reputation was also linked inextricably to his maternal grand Uncle Helmut Rahn, who scored the winning goal for Germany in the final of the 1954 world cup.

His Half brother Jerome was close behind and not feeling any more Ghanaian than his elder brother. He once told German newspaper SPIEGEL ONLINE “I never thought of playing for Ghana. Because it doesn’t make any sense. Germany is my home. I like the people here and the mentality”. Perhaps the only thing Ghanaian about him right now is the tattoo on his arm with his middle name ‘Agyenim’.

After being voted the number 1 German talent at youth level in 2006 and commotion of events ended dramatically with Kevin-Prince issuing a ‘come and get me’ plea to the Ghana FA in 2009. And so it was that ‘the Prince’ ended up in the Ghana Black Stars shirt in a memorable world cup run during which he has acquired iconic status in his ‘new’ home country (Never mind he couldn’t wait to return ‘home’ to Germany once the formalities were through).

Jerome Boateng has sealed his fate as a German international following in the footsteps of Gerald Asamoah and Odonkor.  Now he would also follow his brother’s path to England after transferring from Hamburg to Manchester City. But then when the commentators make their references there would be Boateng the German and Boateng the Ghanaian international.

There’s a whole generation of European Ghanaians on their way to greatness in different fields and we undoubtedly have to make a decision whether to identify ourselves with them early or as usual jump onto the boat only when their star is rising. Kevin-Prince Boateng was brutally right when he said he did not feel Ghanaian at all back in 2006, indeed joining the Black Stars was realistically a convenient step to avoid the wilderness of international football after German rejection. He has nonetheless opened a door for others. Now what’s the plan for tracking Ghana’s Diaspora talents? 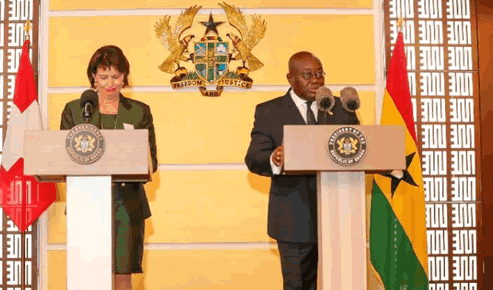