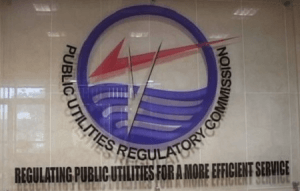 The announced increment in utility tariffs will worsen the plight of Ghanaians, and deny people access to potable drinking water, some residents in Sunyani, in the Bono Regional capital have said.

They called on the government to immediately do something about the increments, as announced by the Public Utility Regulatory Commission (PURC), effective February 1, 2023.

The PURC announced the increment of electricity and water tariffs by 29.96 percent and 8.3 percent respectively, attributing it to unstable exchange rate, rising inflation, generation mix and weighted average cost of natural gas.

Speaking in an interview with the Ghana News (GNA) in Sunyani, the residents said they were unhappy and disappointed in the PURC, saying “Ghanaians are already struggling with the hikes in the prices of goods and services.”

Mr Kwame Agyemang, a public servant stated, “increase in fuel prices and depreciation of the Ghana cedi to the US dollar hit Ghanaians hard, and as we tried to recover only hear the unpleasant increment in utility service.”

“Or is it because the government increase the base pay by 30 percent that is why the PURC is also pushing the increment without considering the fact that prices of goods remain high”, he stated.

“The average household electricity tariffs were raised from an initial GH¢20 to over GH¢70 and any increment again would make life tougher for the ordinary Ghanaian”, Mr Agyemang noted.

Madam Hannah Osei, a trader said, “life has not been easy at all and any increase in electricity and water bills would greatly worsen our living condition”.

“Any upward adjustment is likely to affect everything, including production cost of sachet and bottled water. Even many households get their electricity disconnected and deny potable drinking water as well,” she said.

Already, Mad Osei noted many Ghanaians could not afford to pay electricity and water bills and called on the government to intervene.