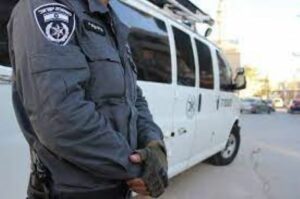 The Israeli immigration police in clear contravention of the country’s laws have picked up a Ghanaian boy while he was in school, according to a report by The Jerusalem Post.

The 8-year-old boy, who doesn’t have Israeli citizenship and lives with his father, who is separated from the mother after they moved to Israel from Ghana, was picked up while he was in class in the middle of the school day in Jaffa last week Thursday January 12, 2023.

According to the report, the officers called the school principal before they arrived at the school and told him they only wanted to ask the boy a few questions about his mother in the presence of a social worker, but instead they put him a car in which the mother was and drove off.

The boy known as Asafo, has been in their custody since his arrest last week.

Asafo’s father, whose name was given only as Benjamin, said he went to pick his son from school but the police came with his mother and took him.

“Afterward, his teacher told me that they’re not allowed to take him from school,” he told The Post.

Benjamin has been taking care of Asafo since he broke up with his mother.

The Post cited a letter sent to the city’s schools’ principals by the Director of Education Administration in the Tel Aviv Municipality, Shirley Rimon Bracha discussing that Immigration police are not allowed to arrest children from school.

“The mayor will try to emphasize these understandings,” said Rimon and instructed the school principals not to cooperate with the immigration police if they tried to arrest children from school again, The Post said.

The immigration police however said in a statement that, the Population and Immigration Authority said that Asafo’s mother is “an illegal resident from Ghana who has been in Israel for a few years and was asked to leave Israel in the past and that she had even signed a commitment to do so. The woman has two children who live in Ghana and another child who lives with her in Israel. She was arrested last week and released after she committed to continue the process with her son.”

They added that they picked the boy to join his mother to complete the process to expel them from Israel.