What you need to know about the 1% tourism levy 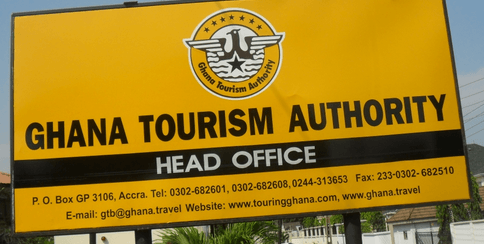 As we drove on the serene and traffic free Bolga-Navrongo stretch, Huda (not real name) started feeling hunger pangs and across us was a restaurant, so we decided to just walk in to get ourselves a plate of food and some drinks before continuing the journey.

Sitting comfortably at the restaurant area, we ordered for two bowls of fufu and two bottles of soft drink. After enjoying ourselves to the delicious meal, the attendants handed over a bill and we made payment.

Heaven knows what struck Huda as she just decided to glance through the receipt, only to see a charge of one per cent tourism development levy. Then we both became curious as to why we were taxed for eating or drinking water.

We decided to get some education on the tourism levy and what it was meant for. Apparently, after the passage of the Tourism Act (Act 817) and the Legislative Regulations covering tourism trade, accommodation and catering, as well as the structure of the tourism authority and tourism levy, government set October 1, 2012, as the effective date to commence the collection of the Levy.

The one per cent levy is the cost payable by patrons of tourism entities, and this is expected to be the key source of finance for the Tourism Development Fund (TDF) and to add to the seed money that government is expected to provide for the Fund.

The Fund is expected to provide the resources for the Ghana Tourism Authority (GTA) to market and promote the activities and services of players in the tourism industry in Ghana.

GTA, through the resources from the Fund, will facilitate capacity building for players in the industry and embark on market research and development of tourism infrastructure, tourism education, and training.

“The TDF does not replace state funding for tourism but substantially supplements it, and could provide a multiplier effect, with more revenues from tourism providing funds for reinvestment to develop the sector.”

The TDF’s aim is to “provide funding for tourism and tourism-related projects and programmes”. The GTA can determine which activities this can apply to on a case-by-case basis, including five main areas: marketing and promotion; capacity building, market research and the development of tourism infrastructure; development and promotion of other entrepreneurial activities within the sector; tourism export activities; and education and training.

The key source of finance for the TDF is the new tourism levy, a 1% tax on tourism enterprises. Other financing comes from government seed capital, donations and grants, money earned from the operation of projects financed by the TDF or other investments, and other cash allocated by the Ministry of Finance and Economic Planning.

In March 2015, the TDF Secretariate was officially inaugurated and launched a two-year process of field visits to all certified tourism enterprises in the country to implement the levy. By the end of this period, all hotels, restaurants, car renting services and catering centres were to be registered and make payments into the fund.

Mr Essah said since its establishment in 2012, to support the tourism industry in Ghana, the Fund had grown to an appreciable level and was currently doing very well, envisaging an amount of GH¢19.6 million in terms of revenue targets for 2023, despite the myriad of challenges it has encountered.

“Looking at our average collection, it hoovers around GH¢1.7 million. So, all things being equal the remaining four months left we are looking at the range of a little over GH¢6 million. So, if we do GH¢6 million that is taking an average of 1.5 million per month for the remaining four months we should be able to do GH¢20.9 million for 2022,” he added.

He said averagely there were a little over 4000 establishments contributing to the Fund but there were quite a number of them operating but have not availed themselves for licensing and certification, thus if they come on board, they would be able to exceed the target.

He said the Act that established the Fund gave the GTA the power to do the collection and the Fund to be managed by the board of directors of the GTA with a representative from the Controller and Accountant General.

He said the Act was also clear on who disburses the money or sits on the board, and so tourism establishments must abreast themselves with the Tourism Act 817 (2011), because that is exactly what the Authority does.

Mr Edward Ackah-Nyamike, President of the Association, said the Act empowers the GTA alone to have total control over the decision-making and management of the fund without the involvement of the private sector.

He said the GHA had called for an amendment of the Act to involve the private sector in such major decisions and had drawn the attention of the Parliamentary Select Committee on Trade, Industry and Tourism.

He added that the GTA was doing very well using the money to do their work to help the industry, however, it was equally prudent for the trade associations to get support from the fund to help boost the private sector.

“Sometimes we have training needs which we believe we can easily organise and undertake; we do not get anything for that unless the GTA comes up and says it is organising a certain training for hotels or tour operators and then invite us.”

Mr Seth Yeboah Ocran, President, Car Rental Association of Ghana (CRAG) said the idea behind the establishment of the Fund, was that of a Public Private Partnerships (PPP) one, however its management and disbursement have been left in the hands of the public sector.

Mr Ocran said there was the need for an immediate amendment of the Act to include the private sector in the board that manages the Fund as well as in the disbursement of same.

“In the spirit of PPP, the idea of the fund was brilliant, but some portions of the Act that established it must be amended to provide room for the private sector to be well represented on the board that manages its use and disbursement. There must be a Co-chairmanship position allocated to the private sector.”

According to the President of CRAG, amending it would create a wider scope for its operations. “In collaboration with the private sector, we can expand the scope of how much money can be raised for the fund and how much will go into tourism activities such as research work, data collection.”

He said the private sector had raised these concerns and currently a guide was being developed by the PPP steering committee, inaugurated by the sector Minister last year, to guide the operationalization of PPP within the sector as well as the fund.

Mr Ocran also stated that for the Fund to achieve its purpose, the GTA, as an implementing Agency of the Ministry, must ensure to enforce the rules by getting all tourism establishments registered for them to contribute to the Fund.

Mr Ocran stated that, because the regulator, that is the GTA was weak in enforcing the rules, most establishments had taken advantage of that and did not want to be associated with any Association within the sector.

“The GTA is, therefore, creating a disadvantage to companies registered with them. Customers will not come to me if I am registered with tourism levy and VAT and I am charging extra monies, they will rather go to someone who is not registered and has not added the charges hence is selling at cheaper prices.”

“Before we can get standardization and professionalism, we must look at this again. Yes, it is the customer who is paying, but before going on to the market, every customer looks for where to get cheaper rates,” he added.