Government urged to create new district out of Kassena-Nankana West 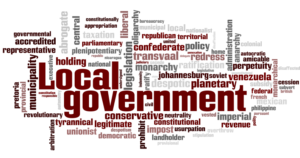 The government has been urged to as matter of urgency take steps to create a separate administrative district for the Kassena West Zone of the Kassena-Nankana West District of the Upper East Region.

According to chiefs and people of the area who advocated for the district, it would bring government and governance closer to the people, enhance access to basic social amenities and ensure accelerated socioeconomic development in the various communities.

Speaking at the Fao festival at Chiana, Pe Detundini Adiali Ayagitam III, Paramount Chief of Chiana Traditional Area said the West Zone of the Kassena-Nankana West District was geographically inappropriate to be linked to Paga as district capital and called for a separate district to be created for them before the 2024 general elections.

Currently the West Zone including about four major traditional areas namely Chiana, Katiu, Kayoro and Nakong can access the district capital but Paga, people would have to pass through two other administrative Municipalities, Chuchuliga in the Builsa North and Navrongo in the Kassena-Nankana Municipal.

This the Paramount Chief noted has over the years prevented people from those areas from accessing basic social amenities including healthcare, education, economic activities and connecting to the district capital.

The Paramount Chief who is also the President of the Upper East Regional House of Chiefs noted that the request to have a new district for the West Zone had been a long standing one even before the 2012 elections, but successive governments had failed to act on.

“The then government in response referred the issue to the Electoral Commission. The Commission then appointed two-man team led by the late Professor Raymond Benirog to study the issue and to report its findings to the Commission for further action.

“Since the submission of its report nothing concrete has been done, we have, however, continued requesting government after government to create a separate district for the West Zone of the present Kassena-Nankana West District.

“We wish to employ your government, the government of the New Patriotic Party, to correct this abnormality and grant our request before the 2024 general elections,” he stressed.

While commending government for pro poor policies implemented to reduce poverty and improve livelihoods of Ghanaians, Pe Ayagitam III, appealed to government to upgrade the Chiana Health Centre to a polyclinic to enable the facility provide quality healthcare and ease the burden of travelling long distances to Sandema, Navrongo and Paga for medical attention.

“Another issue that remains dear to us in the West Zone is the Chuchuliga-Tumu Road. This road is a vital link between the Upper East and Upper West Regions, and it would be a step in the right direction if the contractor is made to return to site,” he added.

Mr Stephen Yakubu, Upper East Regional Minister, noted that government was working hard to turn the economy around and continue to provide needed development for poverty reduction and improvement of livelihoods of the vulnerable.

He, therefore, appealed to traditional authorities to work to unite their subjects to support and complement efforts of government to develop their areas.

The 12th edition of the Fao festival held on the theme “building one Chiana, strengthening our structures for development and prosperity,” was characterised display of rich cultural, traditions and togetherness.

Alcohol and milk mixture does not enhance blood circulation – Nutritionist