Fashion said to be denigrating cultural significance of local beads 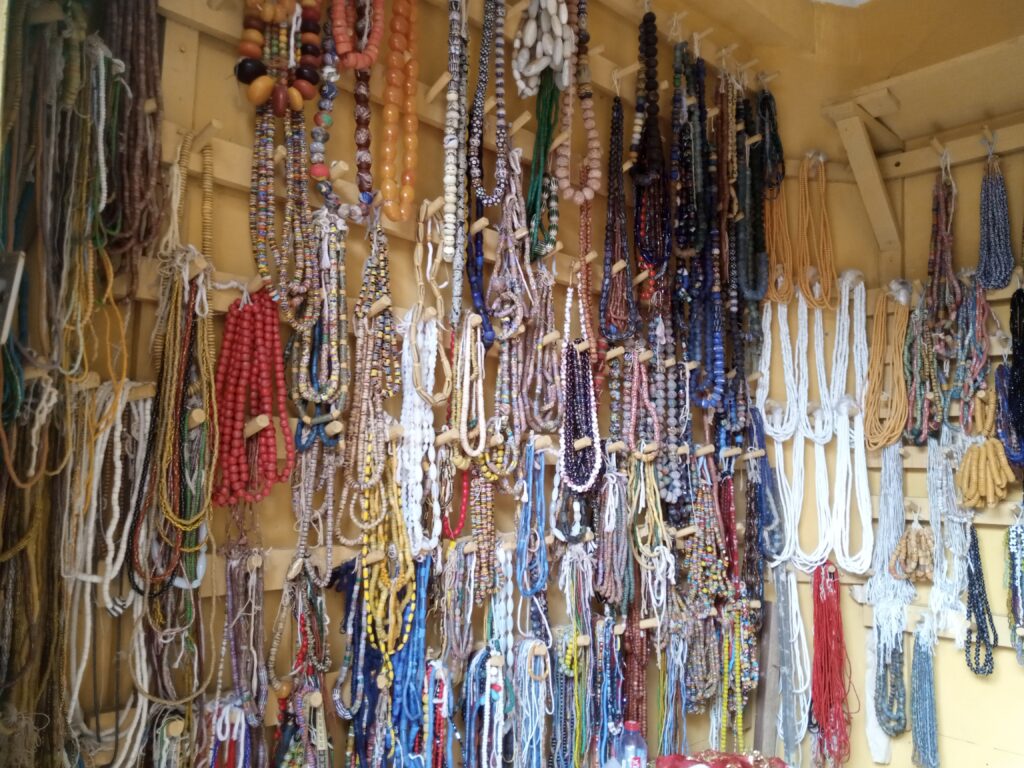 In the Ghanaian traditional system beads depict royalty, and make women complete, but in recent times the infusion of fashion is denigrating the cultural essence of the traditional beads by gradually losing their significance.

Madam Theresa Eshun a local beads trader told the Ghana News Agency in an interview in Tema that without beads around the waist, a woman is empty and incomplete, stressing that bead-wearing had been part of the Ghanaian culture since ancient days.

She said when a child is born, for instance, white beads were tied around the neck, wrist, waist, ankle, and knee as adornment and as a sign of victorious entry into the world, “but now all these important landmarks are losing their essence”.

She said in all the ethnic groups in Ghana, beads are used during the performance of certain rites such as birth, puberty, marriage, and even during the laying in state of the departed.

Madam Eshun said formerly a bead worn on the right hand is a form of greeting, but today its significance has been lost to fashion. “People wear beads on any hand as they prefer. A bead worn on the knee is to shape the feet and strengthen the knee”.

She said the use of local beads as an inborn adornment worn by Ghanaians, but its traditional connotations and significance are under attack as it has now become fashionable accessories.

“It is sad that now some Ghanaians do not even know the traditional essence of wearing beads,” she said.

Mrs. Janet Pomaa a trader in beads reiterated that waist beads were predominantly worn by women and symbolized femininity and sensuality but had become a fashionable accessory worn inappropriately in recent times.

She explained that some beads have local names like “adeaba,” “Ghana ahwenie” and “Ahweniepa” which are locally made from stones, and rocks are sometimes acquired from the deep sea.

Ms. Christabel Bortey a beads dealer also told the GNA in Tema that there are some beads that have a blend of the local made with crystals that are worn today above the waist for fashion which is called “wok) awarea bisa”.

Adding that the sense of fashion today has taken over the indigenous significance of antique beads making the youth today adorn themselves blindly.

“Beads are used to welcome you into this world and used to send you off to the ancestral world,” she explained.

She said beads are also used during the installation of chiefs, and our traditional leaders use it as part of the royal ornament during festive occasions.

She added that “beads on the waist of a married woman enhances communication between wife and husband in the bedroom which makes the man love the woman more”.