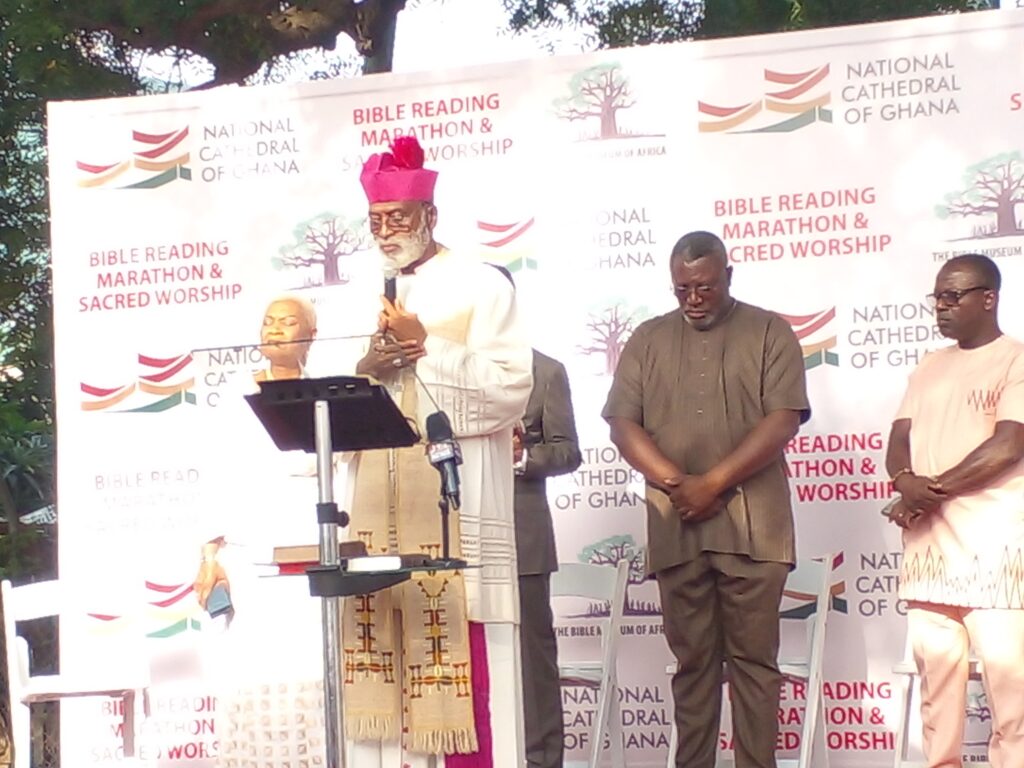 The event commenced on Wednesday, December 28 and would end on Friday, December 30, 2022, at the construction site of the National Cathedral in Accra.

It will be climaxed with a Worship and Thanksgiving Service on Monday, January 2, 2023.

Speaking at the opening ceremony of the programme in Accra, Apostle Professor Opoku Onyinah,  the Chairperson of the Board of Trustees of the National Cathedral, said the event was aimed at promoting Christian unity among the various denominations in the country.

It was also a way of reaching out to the African Diasporans to support the National Cathedral project.

Apostle Onyinah, a Former Chairman of the Church of Pentecost, appealed to all well-meaning Ghanaians, both home and abroad, to support the project financially and in kind to the glory of God.

The National Cathedral is the vision of the President of Ghana and involves close partnership between the state, the Ghanaian Christian community, the African Diaspora, and Bible supporters globally.

The President has always said the construction of the National Cathedral is an act of thanksgiving to the Almighty for a promise he made to God before assuming the reign of government.

“As a deeply religious people, the National Cathedral provides a historic opportunity to put God at the centre of our nation’s affairs and serves as a symbol of our eternal and continuing gratitude to Him, for the favours that He continues to shower and bestow on our nation,” President Akufo-Addo said during the laying of the foundation of the Cathedral. 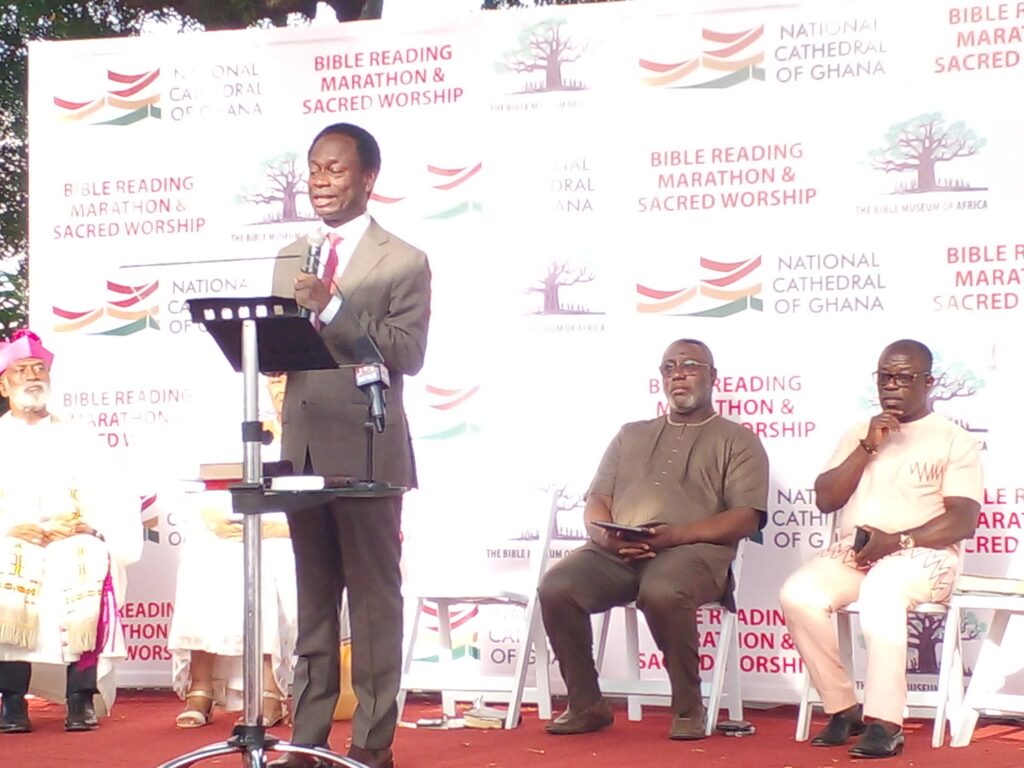 Apostle Onyinah stated that the launch of the Bible Reading Marathon, dubbed: “Come Let Us Worship…!” would involve the systematic reading of the entire Bible by Christians of all denominations, key stakeholders, and patrons of the National Cathedral.

Therefore, he said, the initiative mobilised Church leaders, Church groups, and Para Church groups for the Bible Reading to focus attention on the essence of the National Cathedral Project, and to promote Christian unity among the various denominations in the country.

“Come Let Us Worship…! will also be linked to the Beyond the Return initiative, alluding to the returnees and the rebuilding of the temple, and also conceived as an initiative for the African Diaspora to experience authentic Ghanaian Christian worship, and builds on one of the distinctive aspects of Ghanaian and African Christianity – the vibrancy of its worship,” the Board of Trustees’ Chairperson added.

He noted that the event would involve reading of the Bible by some of the African Diaspora.

The National Cathedral Secretariat would also collaborate with the Ghana Tourism Authority and the Beyond the Return Secretariat to ensure adequate participation of the African Diaspora, he said.

“It is our prayer that through the Bible Reading and Worship Service, we all will come to the understanding of the essence of the National Cathedral, and support it fully,” Apostle Onyinah stated.

In a media interview over Parliament’s rejection of an GH¢80 million budgetary supports for the Cathedral, Apostle Onyinah said, the leadership of the Cathedral was focused on sourcing funds from individuals, philanthropists, and groups across the world and, therefore, was not perturbed about the withholding of the funds from the state.

“The Kingdom of God has always faced opposition and so we are focused on the midst of the opposition on those who are willing to raise funds to support the project,” he added.

After NDC Congress: Can new executives lead party to victory in 2024?