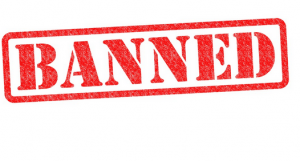 The Ketu South Municipal Security Council (MUSEC) in the Volta Region has placed a temporary ban on all economic activities, including fishing and other human activities, in the Denu -Torkor Lagoon (Adafienu Concession) until further notice.

The decision was taken at an emergency Municipal Security Council meeting held on Tuesday, December 27 after the drowning of a 77-year-old woman.

Preliminary investigations from MUSEC showed that the woman got drowned in the lagoon near Laklevikope, a community within Ketu South.

This was contained in a statement signed by Mr Maxwell Lugudor, the Municipal Chief Executive for the area and copied to the Ghana News Agency (GNA) on Wednesday, December 28.

The statement revealed that the woman in question had an underlying medical condition that caused her to leave home unannounced until a search was mounted for her, according to family sources.

“This situation continued until her lifeless body was found on December 26 in the lagoon near Laklevikope, which lies outside the zone where the dikes were created by the Seven Sea Salt Limited,” the statement said.

The statement further cautioned members of the public to stay away from conducting any fishing or human activity in the lagoon “until such is sanctioned by the Municipal Security Council of the Ketu South Municipal Assembly.”

The GNA further gathered, a joint security force would be on the hunt for any individual or group who would be caught violating the latest order.

“We also want to use the opportunity to apologise to the public for any inconvenience that the ban might cause. However, the general public must note that this decision has been taken to maintain public peace and security in the Municipality.”

In September this year, hundreds of residents of Ketu South took to the streets to demonstrate against the operations of Seven Seas Company Limited, a salt-mining company in the area, due to the death of a middle-aged woman and her three children.