Female Genital Mutilation has no validity in Islam – Islamic Cleric 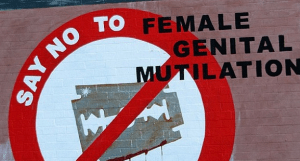 Female Genital Mutilation (FGM) is a harmful practice and has no legitimacy in the Islamic Religion, Shaykha Ayisha Yussif, an Islamic cleric has said.

FGM involves the partial or total removal of external female genitalia or other injuries to the female genital organs for non-medical reasons.

Speaking in an interview with the Ghana News Agency in Tema, Shaykha Yussif, who is also a Tutor at the Frafaha Senior High School, said that FGM is a traditional practice and not a religious ethos.

“The Quran teaches that the painful act is not an Islamic religious obligation,” she said.

Shaykha Yussif explained that some tribes subjected their daughters to the cruel act because they were misled to believe it was an Islamic obligation, adding that “the practice has done a lot of damage to girls, depriving many of an interest in sex, an important leisure which Allah gave to all human beings”.

She said Islam appreciated the way of life of every tradition and urged Muslims to condemn traditional practices that violated the rights of members.

“FGM is dangerous and a life-threatening procedure that causes unspeakable pain and suffering to girls,” she stressed.

The Islamic cleric stressed that Islam is very clear, no part of the body should be removed or changed, adding that only boys were supposed to be cut, therefore, FGM must end as a matter of urgency.

She emphasized the need to galvanize the support of the citizenry and media to eliminate the harmful and degrading practice.

Shaykha Yussif admonished religious and traditional leaders to focus on issues that affect the dignity of women and to expose the perpetrators of the inhumane acts so they could be punished.

She noted that FGM is a violation of girls’ and women’s human rights and the international communities and nations must continue to condemn the act and pass laws, treaties, and conventions to stop the act.

According to data, FGM is practiced in 31 countries in Africa, the Middle East, and Asia. It’s most prevalent in Djibouti, Egypt, Guinea, and Mali, where 90 percent or more of women aged 15 to 49 have been subjected to FGM.

Petrol ‘likely’ to sell at single digit by Monday – Analysts