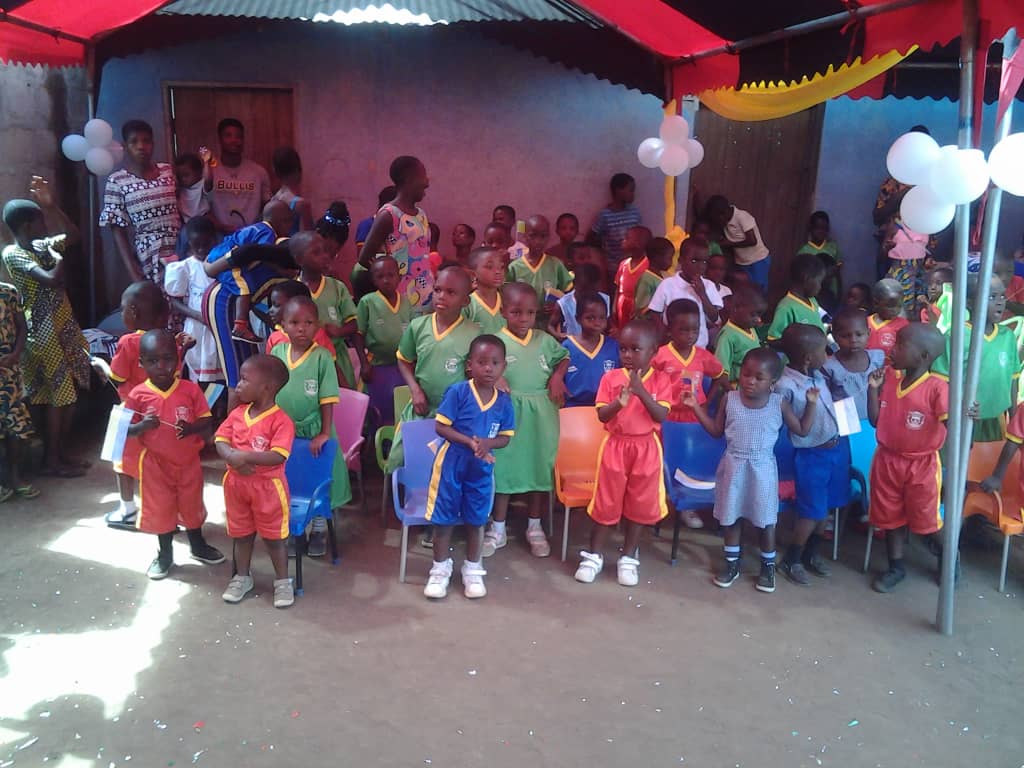 Parenting in the remote mountainous community of Ashanti Kpoeta in the Ho West District of the Volta Region has received support with the establishment of an affordable early childhood education centre.

The Centre, Wisdom of Wisdoms Home Creations, charges a cedi to hold children from three months old for a day, and it is the initiative of Mr. Edward Wallace Tagbo, a social philanthropist with Christian leanings.

The school has proven valuable in the highly agrarian community, which is situated on the Weto range among the highest settlements in Ghana, providing an affordable care outlet that helps sustain farm and other work of mothers.

The school has been operating for the past two years, progressing to the upper basic school level, and an inauguration ceremony was held on Thursday.

Togbe Kwasi Dra VI, Paramount Chief of Anfoeta, who chaired the inauguration, extolled the community spirit and development commitment of the proprietor, noting his support for the Anfoeta community.

He said the private initiative would add to existing state education structure to enhance the development of the area and should be supported by all, including natives in the diaspora, and aid organisations.

The Paramount Chief called on parents to commit more to education and collaborate with school authorities to help provide the best learning environment.

“Our hearts, mind and thinking should be on the Children,” he said, while calling on teachers to continue to play their roles.

Mr Tagbo, the proprietor, who is a native of the community, told the GNA of his ideals for the establishment.

Mr. Tagbo said he sought to support the state school system to meet the dynamic needs of children in the community, and that the daily sustenance fee of one cedi and a feeding option for two cedi extra would be maintained for affordability.

“Babysitting was the norm before, and parents said they wanted a creche,” he said, and added that the school progressed on his personal efforts and the commitment of parents, and would welcome the help of the District Assembly and NGOs in advancing education in the farming community.

The institution currently has 87 children enrolled in creche, kindergarten and basic school, and is being run by seven staff, including trained teachers.

Togbe Apokre, a Chief of the area, commended the initiative, saying it greatly enhanced literacy in the community, and would be supported.

Mrs. Seyram Abra Geni-Aidam, Ho Municipal Girls Education Officer, said private schools remained an important part of the nation’s education structure and “should not seek to be on their own.”

She said collaboration with the Ghana Education Service was important in ensuring time relevant education programming, as well as the required academic environment.

Mrs. Geni-Aidam said the child’s safety and total development should remain the prime focus of private schools and appealed to parents to make the education of their children a high priority.

Apostle Worlanyo Afenu, Head of ‘Called Out Ministry,’ which supports the school, and who performed the inauguration, said private schools remained the only institutions taking in toddlers, and thus deserved recommendation and support.

He said parents should patronise the school as it has been duly registered.

The children put up an excellent display of memory and intelligence and staged a drama showing the importance of education.