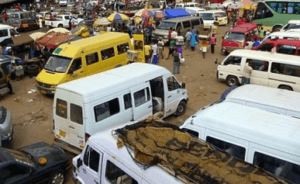 Some Transport operators in the Nkwanta South Municipality of the Oti Region are still charging old lorry fares despite the reduction in fuel prices and subsequent reduction in fares nationwide.

Transport fares were expected to go down by 15.3 per cent effective Monday, December 19, 2022.

A directive announcing the reduction tasked commercial transport operators to comply with the new fares and display them at their loading terminals.

A visit by the Ghana News Agency to the various terminals revealed that most transport unions are yet to charge the new fares.

They include the Ghana Private Road Transport Union (GPRTU), Co-operative, Rural Action Society limited, and STC, except the Vision Express that had reduced its fares.

Mr Muniru Safianu, the Chairman, Nkwanta South GPRTU, in an interview with the GNA, said the leadership had not received any order from the head office to reduce the fares.

He said whenever there was an increment, they took orders from the leadership and so they were still waiting.

Nana Adaquah pleaded with passengers to accept the new fares.