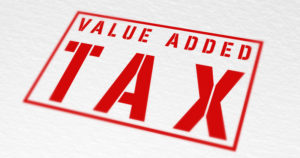 The approval of the Bill was preceded by a heated debate on the floor of the House with the ruling New Patriotic Party (NPP) Members of Parliament (MPS) arguing in favour of the Bill while the opposition National Democratic Congress MPs were against it.

At the end of the debate, when Mr Andrew Amoako Asiamah, the Second Deputy Speaker, Presiding, put the Motion to a head count vote, the NPP Majority carried the day with 136 votes, while the Minority NDC had 135.

Mr Ken Ofori-Atta, the Finance Minister, moved the Motion for the approval of the Bill.

He said the Bill will remove the exemptions for textbooks and imported newspapers, architectural plans and similar plans and drawings, scientific and technical works, periodicals, magazines, trade catalogues, price list, greeting cards, almanacs, calendars, diaries, stationary, and other printed matter; stating that these materials were now to be subject to VAT in normal way.

Touching on VAT Flat Rate Scheme Threshold, Mr Kwarteng noted that unless otherwise directed by the Commissioner-General in writing, “a taxable person who is a retailer of goods and who makes at the end of any period of 12 months, taxable supplies of not less than GH¢200,00.00 but not exceeding GH¢500,000.00 was to account for the VAT payable at a flat rate of three per cent calculated on the value of the taxable supply.”

He said the Committee noted that due to the recent general inflationary trends, the minimum threshold of GH¢200,000.00 might have become relatively insignificant and urged the Ministry of Finance to consider reviewing the threshold in the future.

Dr Cassiel Ato Baah Forson, the Ranking Member of the Finance Committee of Parliament, argued that the NDC Minority Caucus was not in support of the Bill because the recent upsurge in inflation had negatively affected the real incomes of people and hence increasing the VAT rate would bring hardship to the people.

He said that the National Health Insurance Levy (NHIL) and the Ghana Education Trust Levy (GETFund Levy) were all VAT and, therefore, increasing the VAT rate would make Ghana the highest VAT rate country in Africa.

He also indicated that the Minority was not against VAT, adding that it was the NDC while in government that first introduced VAT into the country.