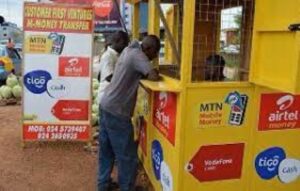 Parliament on Wednesday passed the Electronic Transfer Levy (Amendment) Bill, 2022 but the daily threshold on the first GH¢100 transaction has been maintained.

The Bill, also known as (E-Levy), which contained three Clauses, has the objective to amend the Electronic Transfer Levy Act, 2022 (Act 1075) to reduce the transfer levy to one per cent, to enhance the filing of returns and the time for payment.

Implemented in May 2022, with a modified phased approach where the charging entities temporarily used their own systems to assess and charge the Levy, in July same year, the next phase saw the introduction of the Ghana Revenue Authority (GRA) Common Platform for the assessment of the levy.

The government received several proposals for the review of the levy and worked with stakeholders to evaluate its general impact to decide on the next line of action.

As a result of consultations with stakeholders, the rate of the levy was reduced to one per cent of the transaction value.

Moving the Motion for the adoption of the Finance Committee’s report and pass the Electronic Transfer Levy (Amendment) Bill, 2022 into law, Mr Kwaku Agyeman Kwarteng, the Chairman of the Committee, said the members were informed that a reduction in the rate of the Levy was expected to lead to an increase in transfers, which would offset any losses in revenue resulting from the rate reduction.

He said the Committee observed that the Bill required charging entities to file returns with the Commissioner-General and provide the timelines for the payment of the levy.

“Mr Speaker, the Committee also notes with satisfaction that the Bill reduces the rate of the levy to one per cent of the transaction value. This will reduce the burden on taxpayers and encourage enhanced patronage of electronic transfer services,” he said.

Seconding the motion, Dr Cassiel Ato Forson, the Ranking Member on the Finance Committee, said the Minority did not believe that the GH¢100 threshold would be removed for several reasons, one of them being to protect the vulnerable from paying taxes on electronic transfers.

At the time the GH¢100 exemption was introduced as a threshold, the value of the amount had been eroded as at today, he said.

“Mr Speaker, if you are to use the inflation deflator to adjust, it is obvious to note that the value of GH¢100 at the time will be about GH¢40 today.”

With the government reducing the tax to one per cent, Mr Forson said it was the Minority’s position that the threshold must be removed completely.

“But since we have not been able to achieve that position and the government says it wants to reduce it from 1.5 per cent to 1 per cent, it is our prayer that next year again it would be reduced to 0.5 per cent and removed entirely in the next budget by the Finance Minister,” he said.

Supporting the motion, Dr James Klutse Avedzi, the Deputy Minority Leader, said it was the wish of the Minority that the threshold on the e-levy was increased to GH¢200 or GH¢300 to protect the vulnerable and the poor.

Mr Alexander Kwamena Afenyo-Maekin, the Deputy Majority Leader, said the E-levy was among the social intervention programmes of government to sustain the economy.

The Electronic Transfer Levy (Amendment) Bill, 2022 was presented and read for the first time on the floor of Parliament on Tuesday, December 20, by Mrs Abena Osei-Asare, a Deputy Finance Minister, on behalf of Mr Ken Ofori-Atta, the Minister.

The Committee met and considered the Bill with Mrs Osei-Asare and a team of officials from the Ministry of Finance, the GRA, and the Attorney General’s Department.

On November 24, Mr Ofori-Atta announced that the Government would reduce the headline rate of the E-levy from the 1.5 per cent to one per cent.

Also, the tax-free daily threshold on the first GH¢100 electronic transaction would be removed as a measure to reset the economy and restore macroeconomic stability.

The government introduced the 1.5 per cent on mobile money transactions in May 2022 to improve tax revenue mobilization by tapping into fast-growing digital financial services.

However, the performance of the policy did not meet expectations because of its rate, which the public thought was too high.