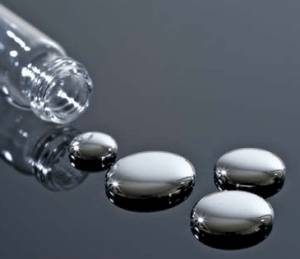 Mr Marcos Orellana, the Special Rapporteur on toxics and human rights, says Ghana’s National Action Plan on mercury is not ambitious enough and has no phase-out date for mercury use.

He said though the Action Plan was an important step, the government must ban the trade and use of mercury, champion amendments to strengthen the Minamata Convention on mercury, and address mercury use as a form of environmental crime.

Mr Orellana was speaking at a press conference as part of his preliminary finding and recommendations of his 14-day visit to Ghana on the invitation of the government to assess the country’s human rights situation in relation to toxics and hazardous substances.

“Mercury use in small-scale mining is contaminating soils and water sources at a national scale, compromising the rights of present and future generations,” he noted.

The toxic impacts of mercury use in small-scale gold mining – hazardous pesticides, plastics, and e-waste exposures are particularly worrying, Mr Orellana said, calling for an urgent need for Ghana to respect and guarantee the free and full exercise of human rights in the use of mercury.

The Special Rapporteur commended Ghana for its leadership at the international level in strengthening multilateral agreements in the chemicals and waste cluster sector and leading the African Group in negotiations toward a legally binding agreement on plastic pollution.

He, however, noted that there was weak implementation of laws concerning chemicals and e-wastes at the national level, putting individuals at risk of serious human rights violations.

Mr Orellana also observed that Ghana was on the receiving end of a global economy that sought to externalise the costs of waste generation on poor developing countries.

The result was exposure of workers lacking protective equipment to the hazardous substances released in the dismantling and recycling of e-wastes.

He said at Agbogbloshie, thousands of people living and working there were exposed to high levels of hazardous substances, just for a meagre income, with children leaving schools to burn electronic cables for the extraction of copper.

Mr Orellana said plastic waste was also not being properly managed and that plastics had covered beaches, some burnt in informal dumpsites all over the country.

On pesticides use in the country, he said pesticides such as paraquat and chlorpyrifos, were banned for use in Europe because they were hazardous to human health and the environment.

“It is also alarming that one of the most widely used pesticides in the country is glyphosate, which is ‘probably carcinogenic to humans’, according to the International Agency for Research on Cancer,” he added.

Mr Orellana said the adoption of the 2021 to 2030 Strategic Plan for the sound management of chemicals and waste could help strengthen institutions and norms.

He asked Ghana to build on its successful experience in addressing polychlorinated biphenyls per requirements of the Stockholm Convention on persistent organic pollutants.

“Ghana must take further steps to strengthen its legal framework and improve implementation and enforcement to guarantee the right to live in a clean, healthy and sustainable environment,” he said.

The Special Rapporteur will present a full report with his findings and recommendations to the Human Rights Council in September, 2023.