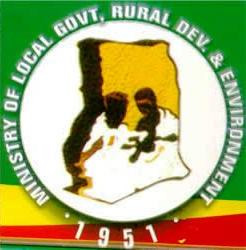 Parliament on Monday approved the sum of GH¢2, 074, 323, 448 for the Ministry of Local Government, Decentralisation and Rural Development (MLGDRD) and its Departments and Agencies for the 2023 Fiscal year.

It said: “The amount released constitutes 86.2 per cent of the Compensation Budget and the difference mentioned afore, constitutes 13.8 per cent which an average will not be sufficient to pay salaries and allowances of staff of the Ministry and its agencies for the fourth quarter.”

Mr Dan Botwe, Minister for MLGDRD moved the Motion for approval for the ministry’s budget estimate.

Seconding the Motion, Mr Emmanuel Akwasi Gyamfi, the Chairman of Parliament’s Local Government and Rural Development Committee, said on average, an amount of GH¢214,951,250 representing 25 per cent of the allocation for Compensation would be needed for payment of salaries for the last quarter of the 2022 fiscal year.

“Mr Speaker, the officials from the Ministry admitted that the 13.8 per cent left for the fourth quarter of 2022, was not sufficient, and they added that it was as a result of the government’s directive for the payment of Cost-of-Living Allowance (COLA) for all public servants on the Single Spine Salary Structure,” he said.

Mr Gyamfi, however, expressed the Committee’s unhappiness with the Birth and Death Registry not having an office for their day-to-day administrative works and urged the District Assemblies Common Fund to find the Registry an edifice.

“In line with this, GH¢220.59 million will be transferred to qualifying MMDAs,” the report said.

Further, in 2023, the Department of Parks and Gardens under the Ministry would continue to maintain 2.1 million square meters of landscaped areas and road medians in urban and peri-urban communities.

The Department would also propagate 400,000 seedlings for sale and supply to institutions, and plant 100,000 trees across the country as part of the horticultural sensitisation programs.

Debating the Motion, Mr Abdul-Salam Adams, National Democratic Congress (NDC) Member of Parliament, (MP) for New Edubiase, questioned why an update on the property rate was missing from the report.

He, therefore, advocated for fair treatment to be accorded the Birth and Death Registry, especially when they worked with data just as the Electoral Commission.

Mr Alban Bagbin, Speaker of Parliament, called for support for the ministry to strengthen those at the grass-root to have the benefit of the ministry.

Pursuant to Article 179 of the Constitution, and Order 140 (1) and (2) of the Standing Orders of the House, the Minister for Finance Mr Ofori-Atta presented the Budget Statement and Economic Policy of the Government of Ghana for the 2023 financial year to Parliament on Thursday, November 24, 2022.

By Orders, 140 (4) and 181 of the Standing Orders of the House, the Speaker of Parliament referred the Annual Draft Estimates of the MLGDRD to the Committee on Local Government and Rural Development for consideration and report.

Saving to save lives: How ‘susu’ empowered a woman to flee from violence