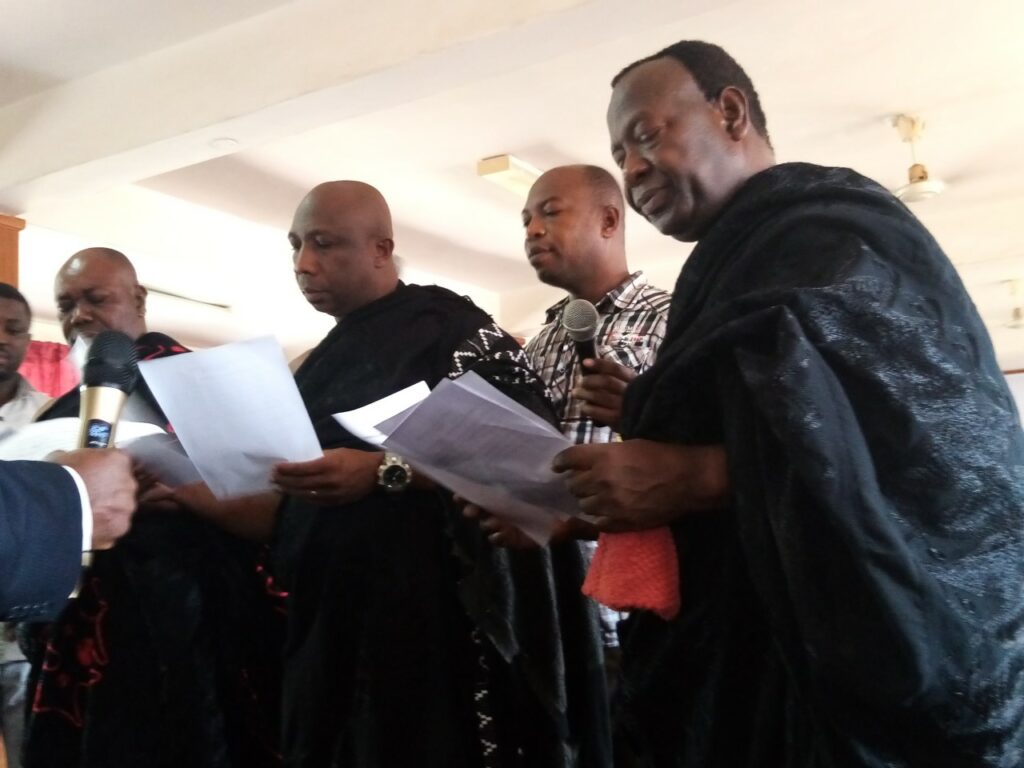 The Bono Regional House of Chiefs on Monday admitted three Paramount Chiefs into the House with call on kingmakers and queen-mothers to pick qualified candidates as chiefs.

Osagyefo Oseadeeyo Agyemang Badu II, the President of the House made the call when he addressed the House’s end of year general meeting in Sunyani and assured that the Judicial Committee of the House was working hard to resolve all the pending chieftaincy disputes in the region by 2023.

Osagyefo Agyemang Badu II, also the Paramount Chief of the Dormaa Traditional l Area stated it was the prerogative of queen-mothers to pick and enstool rightful candidates whenever a stool become vacant.

He said though kingmakers played instrumental role in the selection and enstoolment processes of chiefs, the House had resolved that only rightful candidates selected by queen-mothers would be considered and enstooled.

Osagyefo Agyemang Badu II however, cautioned queen-mothers and kingmakers against acts of corruption in the enstoolment of chiefs, a situation he added remained a major factor contributing to chieftaincy disputes, threatening the prevailing peace of the region and retarding progress.

He said as tradition demanded, a rightful candidate could only be disqualified as a chief if he was either disabled, promiscuous or an ex-convict for a crime, saying apart from those reasons and other crimes no queen-mother or kingmaker had the right to disqualify any candidate.

Osagyefo Agyemang Badu II also advised queen-mothers and kingmakers to conduct thorough background checks of candidates to ensure that they would not expose the noble chieftaincy institution into public ridicule and disrepute if they were enstooled.

Osagyefo Agyemang Badu II commended the government for the on-going construction works on the Sunyani-Inner City roads project being implemented by the Chinese Construction Company, Sino hydro Corporation which he said had beautified parts of the Sunyani Municipality.

He, however, expressed concern about deplorable condition of the other aspects of Sunyani town roads and appealed to the government to reshape them alongside with the ongoing roads project being implemented by the Sino hydro Corporation.

Justice Bayeh expressed concern about rising cases of land litigation in the region and therefore implored the House to work hard in settling them amicably to strengthen the prevailing peace of the region.