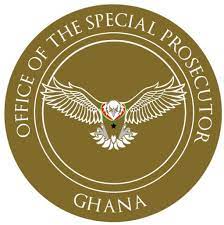 Parliament has deferred the approval of the GH¢129.55 million budgetary estimate for the Office of the Special Prosecutor (OSP) to Monday, December 19.

This was at the request of Mr Iddrisu Haruna, Minority Leader and National Democratic Congress (NDC) Member of Parliament (MP) for Tamale South.

He urged the House to stand-down Motion for the report for two reasons – nonpayment of salaries for the Special Prosecutor (SP) for 15 months and the SP laying-off staff and making new appointments at the time his Office had no Board in place.

“Mr Speaker, we all in this House are committed to combat corruption, economic criminality and graft, by strengthening the hands of what we then referred to as an Independent Special Prosecutor to compliment the work of the Attorney-General under Article 88 of our Constitution to fight corruption because indeed, corruption is endemic in our national public life.”

He said corruption had permeated all aspects of Ghanaian public life; and that, state institutions such as the Ghana Police Service, Parliament itself and the Judiciary had all been cited perceptively for being corrupt or persons associated with them.

The Report of the Committee on Constitutional, Legal and Parliamentary Affairs on the 2023 Annual Budget Estimates for the Office of the Special Prosecutor, indicated that the Committee not satisfied with the claim by the SP on the nonpayment of salaries for 15 months, as well as the continuous starving of the OSP of the needed resources to effectively carry out its mandate, invoked the powers conferred on Parliament under Article 103(6) of the 1992 Constitution by Summoning the Minister of Finance to appear before the Committee to clarify claims made by the Special Prosecutor.

Mr Haruna said this means that beyond the appointment of the SP, there were matters which remained unresolved with their condition of service, which affected the compensation budget of the OSP.

He further expressed his concern over the issue of the SP laying off some of his staff and appointing new ones at a time that there was no board in place for him to consult.

He urged the House to stand-down the approval of the Budgetary Estimate for the OSP, so that the Committee could get in with the OSP and report back to the House.

Mr Joseph Osei-Owusu, the First Deputy Speaker and New Patriotic Party (NPP) MP for Bekwai, in his contribution said Parliament had passed a law which determines how the SP’s emoluments should be calculated and yet, the Finance Ministry issued a letter totally in conflict with what the law had passed.

He said the Finance Minister had no business writing to the SP indicating his conditions of service, when he was not the appointing Authority; stating that these were legal matters, which they must check.

Mr Osei Kyei-Mensah-Bonsu, the Majority Leader and NPP MP for Suame, said there was the need for adequate funding and staffing of the OSP, so that the SP could deliver on its mandate.

Mr Samuel Atta Akyea, NPP MP for Abuakwa South in his contribution said the Minority Leader was inviting the House to function like a law court; saying, “we are not a law court.”

He said the Minority Leaders complaints about statutory infractions by SP would only be address by the law court.

He urged the House not to tie the approval of the Budgetary allocations for the OSP to the alleged statutory infractions by the SP.

Some African countries to benefit from over $500m OPEC Fund