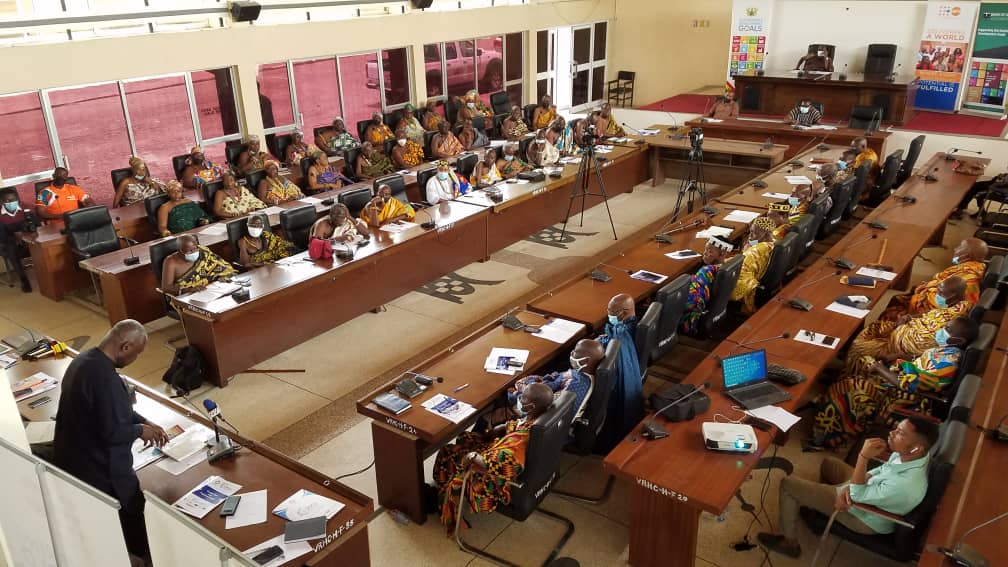 The Volta Regional House of Chiefs has called on the government to act upon calls by the Regional Peace Council to remove inland borders in the region.

The House, which met on the border enforcement regime in the region, supported the recent call by the Peace Council, which, during a stakeholder engagement, had asked for the removal of inland immigration borders in the region as they were restricting movement.

Togbe Tepre Hodo, President of the House, said the inland borders at Asikuma and Sogakope interrupted free movement within a sovereign nation.

“It is so frustrating. People have to get down from their vehicles to be searched,” he said.

Togbe Hodo said the House had resolved on a plan of action to get the attention of the authorities, noting that the issue had been raised at several forums but no response.

He said such occurrences only heightened tensions within the country and should be corrected.

Mr Harry Attipoe, the Registrar of the House, said: “The reason for the barriers are not clear,” alleging instances of tribal segregation.

Mr Felix Klu-Adjei, Volta Regional Public Affairs Officer of the Ghana Immigration Service, speaking to the Ghana News Agency on the issue, said immigration went beyond the borders and appealed to the chiefs and other stakeholders to bear with the system.

He said the inland borders were marshalled for strategic security measures beyond the scope of the ordinary person, among other things to prevent those taking advantage of the porosity of the borders to enter the country illegally.

He stated that inland borders were not peculiar to the Volta Region but featured across the nation including parts of the Northern, Bono and Eastern regions.

The discomfort and the inconvenience at the borders could be mitigated for the travelling public, he said.

Mr Klu-Adjei said some snap checkpoints were erected based on intelligence, which came with strategic technicalities, for example profiling of illegal entrants with different motives.