Parliament approves GH¢5.3b as 2023 budget estimates for Ministry of Roads and Highways 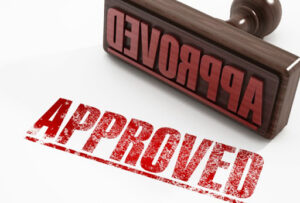 Parliament Wednesday approved the sum of GH¢5,295,359,626 for the activities of the Ministry of Roads and Highways for the financial year ending December 31, 2023.

The amount would be used to execute the Ministry’s planned programmes for the fiscal year.

Mr Ken Ofori-Atta, the Minister for Finance, on Thursday, November 24, 2022 presented to Parliament the Budget Statement and Economic Policy of the Government for the 2023 financial year.

Mr Kwasi Amoako-Attah, the Minister for Roads and Highways, moved the Motion on the floor of Parliament.

He said the total allocation to the Ministry, as captured in the Budget Statement and Economic Policy for the year, was GH¢5,295,359,626.00, nonetheless, the sum of allocations to the Government, Internally Generated Fund (IGF), Annual Budget Funding Amount (ABFA), and Donor Partners amounted to GH¢5,295,359,627.00.

Mr Amoako-Attah told Parliament that the difference of GH¢1.00 was a result of the GIFMIS budget module (hyperion) used in capturing the budget, which rounded decimal figures to the nearest whole numbers.

Seconding the motion, Mr Kennedy Nyarko Osei, the Chairman of the Roads and Transport Committee in Parliament, said the road sector was crucial in delivering an efficient road transportation system in the country.

He said the Ministry’s mandate of providing a road transport system that was responsive to the needs of society, supporting growth, and reducing poverty while establishing and maintaining Ghana as the transportation hub of West Africa could be realised if the Ministry was adequately resourced.

Mr Osei, who is also the New Patriotic Party (NPP) Member of Parliament for Akim Swedru, said the Ministry intended to engage Parliament to seek approval before reintroduction of the road tolls in 2023 on selected public roads with possible deployment of electronic technology.

Debating the Motion, Mr Kwame Governs Agbodza, a Deputy Ranking Member of the Roads and Transport Committee, and a National Democratic Congress (NDC) MP for Adaklu, urged the Finance Minister to take a critical look at the capping of road funds.

He said that would enable the Ministry to retain enough IGF to carry out some programmes and activities as the capping of Road Fund, under the earmarked Funds Capping and Realignment Act, 2017 (947), continued to affect the number of funds available for use under the Road Fund by the Ministry.

Mr Haruna Iddrisu, the Minority Leader and MP for Tamale South, recognised that access to durable roads was a challenge to many constituencies.

As a result, he called on the Finance Minister to assure the House of taking off cappings on roads and providing adequate resources for road infrastructure development.

Mr Frank Annoh-Dompreh, the Majority Chief Whip, and Member of Parliament for Nsawam-Adoagyiri, lauded the Committee for the timely expedition of work on the report.

Kenya introduces its tea brands in Ghana through AfCFTA market