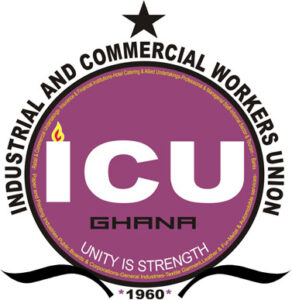 The Industrial and Commercial Workers Union (ICU), Ghana has opposed to government’s intention to use workers’ pension funds for the country’s economic recovery.

The union said the future financial security of workers, especially the pensioners was sacrosanct and must not be violated under any circumstances.

This was in a statement signed by Mr Morgan Ayawine, the General Secretary, ICU and copied to the Ghana News Agency in Accra.

“If a meagre pension paid to the majority of retired workers in the country, which is insufficient to sustain them, is going to be given a ‘haircut’, through the withholding of interest on the pension funds, then God helps us,” the statement said.

The statement ICU-Ghana cannot but join organised labour to express their dissatisfaction about the government debt exchange programme because it would foist on the poor pensioners.

It called on the government to rescind its decision and not touch the pension funds in the domestic debt exchange.

The statement said ICU-Ghana would act in agreement with other labour unions in the country to protect the welfare of workers, especially pensioners.