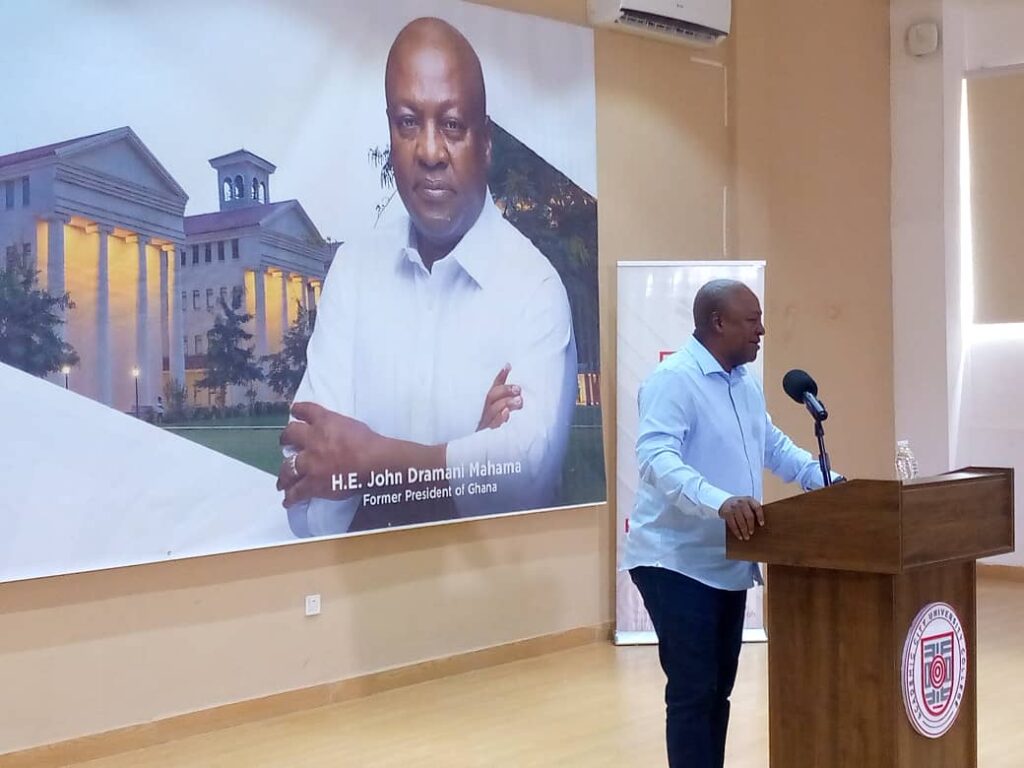 He said such an exercise helped kept ministers and government functionaries on their toes and prevented them from being complacent in their duties.

The Former President made these remarks during a presentation at the Academic City University College in Accra.

As part of the University’s efforts to nurture the next generation of African leaders, the University designed a course dubbed “The Leadership Series” aimed at ensuring that knowledge developed in the class is directly applied to address contemporary societal problems.

It is expected that this course will provide the platform for students to interact with renowned African leaders, who have transcended from political, innovation, education, and industrial realms through sheer force of will and have impacted many lives.

The Former President made the presentation on the topic: “Taking Critical Decisions in Decisive Moments as a Leader.”

Mr Mahama said reshuffling and sacking non-performing minsters were some of the difficult decisions he took as President, especially when those appointees were close comrades and confidantes.

He noted that, however, such decisions needed to be taken regardless of your relationship with the appointees to keep your government running effectively.

The Former President added that going to the International Monetary Fund (IMF) was another tough decision he took as President to restore the country’s economic fortunes.

“Another difficult decision I undertook as President was going to the IMF. However, I needed to go to the IMF to restore the country’s macro-economic stability,” he stressed.

Mr Mahama said his IMF did not completely freeze public sector employment as it was happening now; however, his had a net freeze of employment, where some essential employments were made.

“During my tenure we did not totally freeze employment. Ours was a net freeze on employment, where employment was made when there were vacancies at a public workplace due to retirement or resignations,” he reiterated.

Mr Mahama called for the support and growth of the private sector in the country to provide alternative employment and jobs to the teeming youth.

He said government alone could not provide jobs to the teeming youth of the country, therefore, they needed to support the private sector to thrive to provide employment.