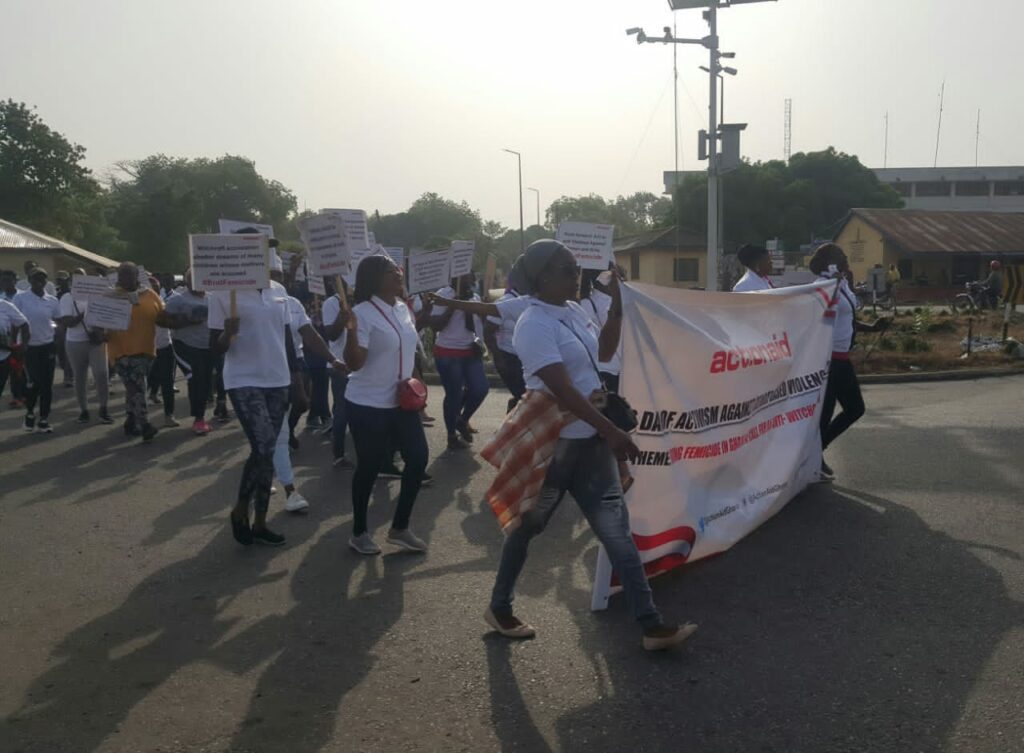 The ActionAid Ghana has observed with great concern about the 50 per cent cut in the government’s budget allocation to the Domestic Violence Fund (DVF) as an affront to social protection in the country.

It said the budgetary allocation to the DVF was reduced from GH¢2 million in 2022 to GH¢1 million in 2023, which was clear manifestation of the lack of prioritisation of issues of the vulnerable people in society by people in authority.

Madam Abiba Nibaradun, the Programmes Officer of ActionAid Ghana, Wa Programme Office, mentioned in Wa during an event to mark World Human Rights Day and to climax the 16 Days of Activism Against Gender-based Violence.

The event on the theme: “Ending Femicide: A call for an Anti-witchcraft Law”, was organised by ActionAid Ghana to present a statement on the 16-Days of Activism Against Gender-based Violence to the Upper West Regional Coordinating Council.

It was preceded by a float through some principal streets of Wa to create awareness of the devastating effects of Gender-Based Violence (GBV) on the victims.

Madam Nibaradun cited some instances of GBV to include witchcraft accusations, intimate-partner abuse, domestic violence, defilement, and rape among others with some of the victims condemned to extreme violence and poverty.

She explained that GBV was pervasive, dehumanizing, and cruel and needed concerted efforts to be addressed, stressing that the NGO and its allies would not relent in their efforts in addressing the canker.

She said within the spate of five months (June to October 2022), eleven cases of GBV were reported to the appropriate agencies and departments in the Upper West region, which was alarming.

“We need to muster the political will to curb this menace conclusively! We can’t continue to turn a blind eye and engage in talk shop without taking bold action.

We believe as a matter of urgency and extreme priority the country needs to make this practice unattractive by criminalising and prosecuting individuals who perpetrate such human rights abuses”, Madam Nibaradun said.

She cited the lynching of the late Akua Denteh of Kafaba in the Northern Region over witchcraft accusation as one of many incidents of abuses of the constitutionally guaranteed human rights while the perpetrators of those acts sometimes were left unpunished.

Mr Peter Maala, the Upper West Regional Coordinating Director, who received the statement, assured the people that he would make it available to the necessary stakeholders.

He indicated that though GBV could be suffered by any person, it was mostly perpetuated by men against women.

Assistant Superintendent of Police (ASP) Mr Adongo Apiiya of the Upper West Regional Domestic Violence and Victim Support Unit (DOVVSU), observed that emotional abuse was a serious GBV, but many people were not aware of that.

He advised the people, especially husbands, against engaging in acts that could cause emotional trauma to their wives such as refusing to take a meal prepared by their wives without any good reason.

ASP Mr Apiiya also urged the public to exercise patience with the Unit anytime they reported cases of GBV to the DOVVSU for investigation and said the officers needed time to prepare adequately before the prosecution could begin.