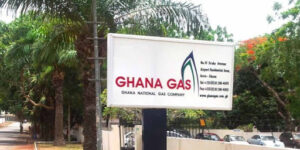 The Ghana Gas Company has recorded zero loss time injury within the decade of operations especially at the Atuabo processing plant in the Ellembelle District of the Western Region.

Engineer Maxwell Kelly, the Senior Manager for Engineering and Maintenance attributed the milestone to prudent safety and Maintenance culture laid out by the company to deliver gas in a more effective and efficient manner.

He said the company had been able to deliver on critical national assignments notably the Karpowership project without any incident.

Engineer Kelly at a Media Soiree to appreciate the role of the Media in disseminating quality and accurate information about the company over the last 10 years, also appreciated all stakeholders and industry players for keeping faith in the company.

Mr Ernest Owusu Bempah, the Corporate Communications Director of the company said the media’s work and role in updating the public within the upstream petroleum industry was critical.

He said such roles could be carefully developed with capacity building adding, “we are looking at developing a course in these areas within the various universities particularly Journalism institutions to get more and more journalists to have good knowledge in the subject areas.”

The company, he announced would conduct a Media walkabout in 2023 to have better appreciation of situations within the various set ups and how best the company could meet such needs for national development.

Mr Desmond Cudjoe, the Western Regional Chairman of the Ghana Journalists Association was thankful to the company for integrating the Regional Media in all its activities.

He requested from the company some computers for the Press Centre and a collaboration to build a befitting centre for the Association.

The GJA Chairman noted the importance of capacity building for the Media to promote quality reporting in such sensitive areas of the National economy.

NDC cautions against camping of delegates