Over 80% of households in Adenta, Korle- Klotey use LPG – Survey 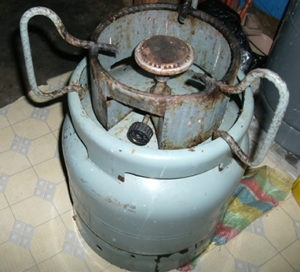 Over 80 per cent of households in Adenta and Korle Klotey municipalities  in the Greater Accra Region, use LPG for cooking because of its speed and convenience, a baseline survey has revealed.

The survey also showed that over 70 per cent of the households use charcoal for cooking because of its accessibility and affordability.

Mr Innocent Agbelie, a Research Assistant, Institute of Statistical, Social, and Economic Research, University of Ghana, announced this at a dissemination workshop in Accra on the topic “Household and Market Baseline Surveys on Energy for Cooking and Cooking Appliances on the Market in Ghana.”

The survey was under the Modern Energy Cooking Services in Ghana project (MECS Phase I) sponsored by the World Bank.

The findings of the survey revealed that about 84 per cent and 61 per cent of households in the municipalities cooked with electricity using electrical appliances.

On the dwelling characteristics of the households, it was revealed that most of the households in the municipalities live in rented compounds with separate spaces for cooking, but over 70 per cent of households in Korle-Klottey do not have such a space, but often use open spaces in the compound.

On access to electricity, the survey showed that connectivity was high, as most of the households in the municipalities are connected to the national grid through pre-paid meter systems.

Presenting the market survey report, Ms Stephanie K. Danquah, a Research Assistant at ISSER, said the study focused on 12 electrical appliances that had been purchased in the past year.

The findings showed that customers were often attracted by the design, size, and popularity of the brand of appliances.

Dr Aba Crentsil , Research Fellow, ISSER, University of Ghana, said phase II of the MECS started in October 2022, which would build on the findings of phase I.

She said phase II would focus on demystifying cooking with electricity in Ghana and announced that the activities and deliverables are more likely to feed into the ongoing development of the National Clean Cooking Strategy.