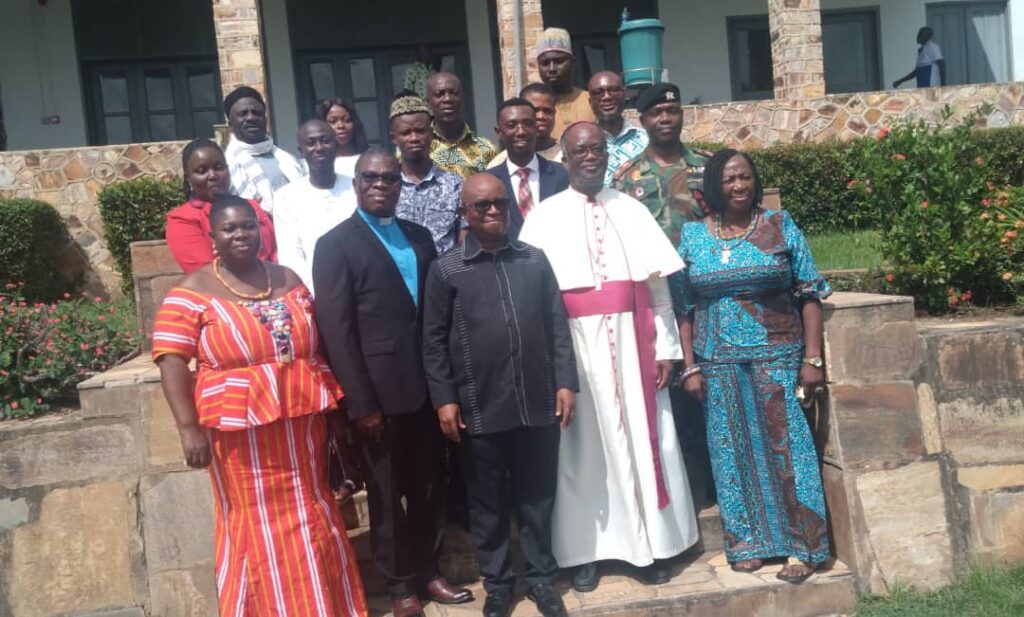 The newly reconstituted Volta Regional Peace Council has been sworn in with a call on them to be politically neutral in the discharge of their duties.

They took the oaths of office, allegiance and secrecy administered by Most Reverend Emmanuel Kofi Fianu, a Member of the Governing Board of the National Peace Council.

Rev. Fianu, speaking to Ghana News Agency, said the neutrality of the members of the council was necessary to ensure that parties have confidence in them.

He charged them to be objective in their mediating role devoid of emotions and should rely on the facts from both parties, so they reconcile the facts to bring them to consensus.

Dr Archibald Yao Letsa, Volta Regional Minister, congratulated the members and said his outfit was ready to work with the council to ensure peace and security in the Region.

He said the role of the Peace Council in the affairs of the country could not be overemphasised as the Council continued to ensure that the prevailing peace enjoyed by the country was sustained.

The Minister said the Regional Peace Council worked closely with the Regional Coordinating Council to maintain peace in the Region and was optimistic that such relationship would continue.

He said without peace there could be no development, hence the Regional Coordinating Council would give its maximum support to the Council to sustain the current prevailing peace to attract investors.

Rev. Seth Kwasi Mawutor, the Chairman of the Council said they were committed to executing their mandate and ensuring that there was peace at times for the development of the Region.

He said the Council would take more initiative to build and sustain the peace in the Region and asked for support from all.