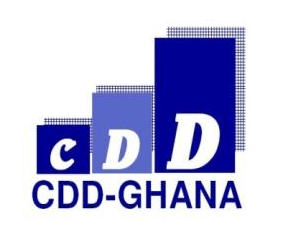 The political settings at the local level in Ghana leaves much room for Metropolitan, Municipal and District Chief Executive (MMDCEs) to evade conversations on accountability, according to the Ghana Center for Democratic Development (CCD-Ghana).

Mr Paul Osei-Kuffour, Programmes Manager of CDD-Ghana, who made the observation, said the current arrangement did not favour the ordinary citizen as the MMDCEs always found a way to avoid accounting to the people.

“When you want to really demand accountability or create a space that will bring the MMDCEs to the centre or to the fore to be able to engage them on a continuous basis, they find alternatives to run from that kind of conversation,” he said during a two-day media workshop in Accra.

The workshop, which was attended by selected journalist from six regions, formed part of the “I Am Aware” (IAA) Project being implemented by CDD-Ghana with funding from the Hewlett Foundation.

“Strengthening Civic Participation at the Local Level: The Role of the Media in Improving the Civic Space and Fostering Civic Engagement at the District Level,” was the theme chosen for workshop.

The goal of the workshop was, therefore, to support a broad spectrum of journalists working with both electronic and print media to identify ways to strengthen the participation of civil society and citizens to influence government decision-making processes at the district level.

He said the level of engagement between Members of Parliament (MPs) and their constituents was much better because they were elected and would require the mandate of the people to retain their positions.

“Look at the role of the MPs and their affinity with the community and citizens. Because they are elected, every four years they need to come back to the citizens to renew their mandate so they cannot afford to stay at a distance without engaging the people,” he submitted.

He said the incentive for the MPs to continuously engage the people was the power of election, a reason CDD-Ghana was running a campaign to get MMDCEs elected.

The major constraint, he noted, was whether to do it partisan or non-partisan, but was convinced that doing it either way would still be beneficial because they would guarantee accountability.

He charged the participants to amplify the conversation to open up the civic space to create much more incentives to engage actively as actors within the space.

He said it was interesting how most Assemblies often scored high marks in the Functional and Organisational Assessment Tool (FOAT) which required regular engagements with the citizenry yet the situation on the ground was completely different.

Mr. Mohammed Awal, Team Lead for Social Accountability, CDD Ghana, said the media was not only actors in the civic space but also enablers and charged the participants to step up their game to give voice to citizens in their localities.

He said the media had a role to play by leading the conversation on accountability by providing the platform for citizens to participate in the civic space to ensure inclusive development.

He gave the assurance that CCD-Ghana would continue to work with the media to improve local governance to give true meaning to the decentralisation concept, which sought to bring governance closer to the people.