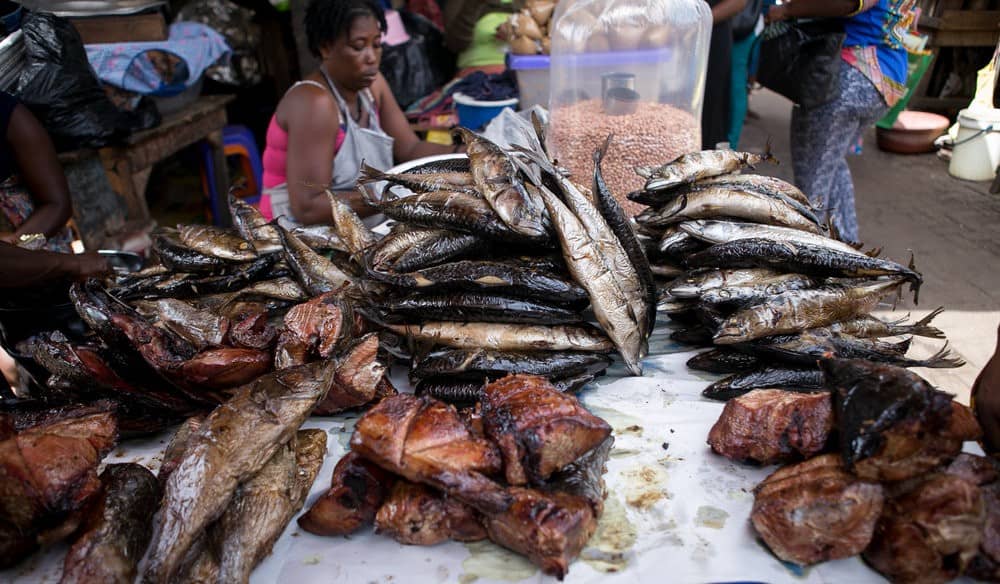 Mr Seth Kedey, the Deputy Volta Regional Chief fisherman has hinted of a rise in the price of fish this festive season (yuletide) occasioned on scarcity of premix fuel.

According to him, the public would have to pay more for fish due to the unavailability of premix fuel at the various landing beaches along the country’s Coast.

Mr Kedey, who doubles as the National Public Relations Officer for the Ghana National Canoe Fishermen Council (GNCFC) gave the hint in an interview with the Ghana News Agency on the sidelines of this year’s farmer’s day celebrations in Keta in the Ketu Municipality of the Volta region.

“It’s been more than four months without premix fuel, the premix  is not there – we are buying from the regular pumps, which is very expensive- you have to buy super and mix it with diesel to get premix to embark on your fishing expedition,” he said.

“We all know what petroleum price hikes come along with- prices of everything shoot up. In recent past you could buy a pan of fish for between GHC 400-500, but now that same pan of fish sells at GHC 1000- whatever price we buy fuel to embark on an expedition, would have to be transferred to the customer.”

Mr Kedey added that the fisher folk are now helpless considering the current state of affairs with most of them now out of business adding that the few canoe owners who are able to afford the expensive fuel, incur huge debts here and there and that’s a source of worry.

He appealed to government to do something about the premix shortage to keep the fisher folk in business to support their livelihoods and of their dependents.

Fishermen in all four fishing regions in the country have in recent times raised concerns about the shortage of premix fuel at the landing beaches, a situation they said was taking a toll on their operations.

They have had to resort to the buying of the fuel meant for vehicles at cut-throat prices to power their outboard motors to embark on fishing expeditions with nothing done by the authorities to resolve the situation, they said.

NDC Minority not against principle of a National Cathedral