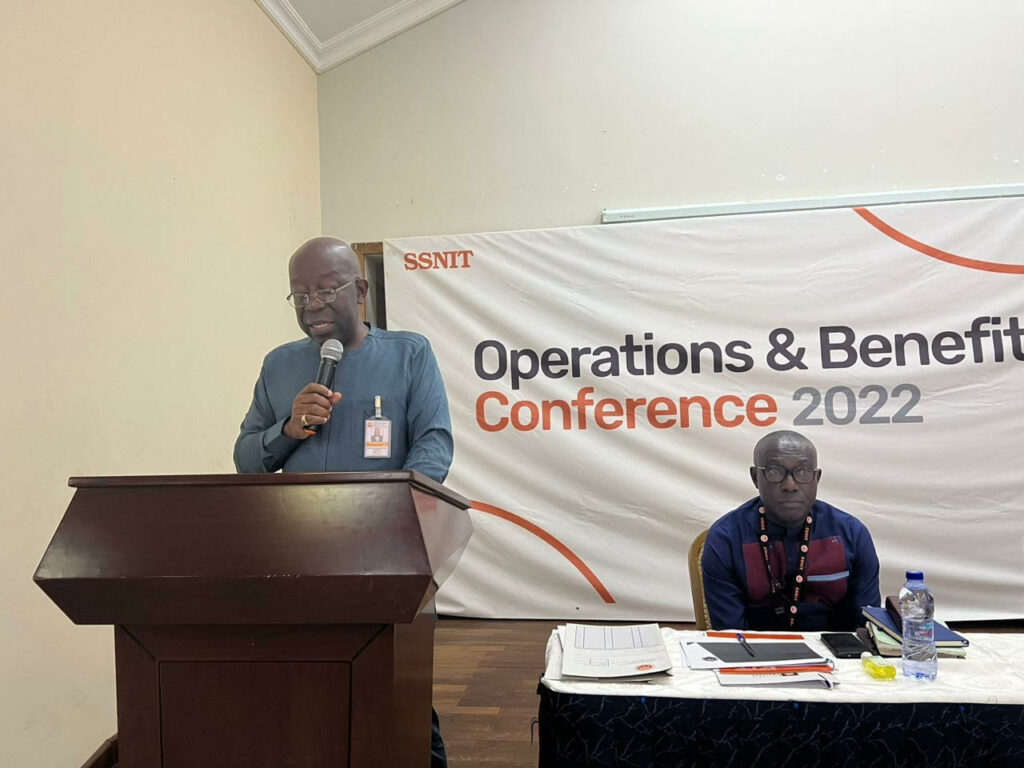 The Social Security and National Insurance Trust (SSNIT) says it is working assiduously to enroll more than eight million working Ghanaians, who are either not contributing to or are not enrolled onto the SSNIT pension.

The trust explained that the move is to safeguard their retirement.

Dr. John Ofori-Tenkorang, Director-General of SSNIT, who announced the initiative, said that self-employed contributors had increased from 14,000 to 18,000, representing a 30 per cent uptick since the beginning of the year.

He made the announcement during the opening ceremony of the SSNIT Operation and Benefits Conference in Koforidua.

Dr Ofori-Tenkorang attributed the growth to a consistent stakeholder awareness campaign mounted by the trust in the last few years.

He added: “With an expectation that with our electronic platform in place and operating, we will be able to bring in roughly a million self-employed workers in a year or two,” he said.

The SSNIT, he said, has also paid out over GH¢3.4 billion in pension benefits to retirees as of October 2022, an increase from the GH¢2.7 billion paid out to retirees at the same time last year.

He projected that SSNIT would have spent between GH¢4 million and GH¢4.1 billion by the end of the year.

“As you can see, this is a huge amount of money that is injected into the Ghanaian economy to assist pensioners in surviving,” he said, adding, “it demonstrates how systemic and vital our organisation is, as well as the importance of taking the SSNIT business seriously,” he said.

He urged those who are currently employed in Ghana but have not yet joined SSNIT to do so because it would be extremely advantageous for them since they needed to earn a living.