In Cameroon: How timber sales that didn’t actually exist were declared obsolete 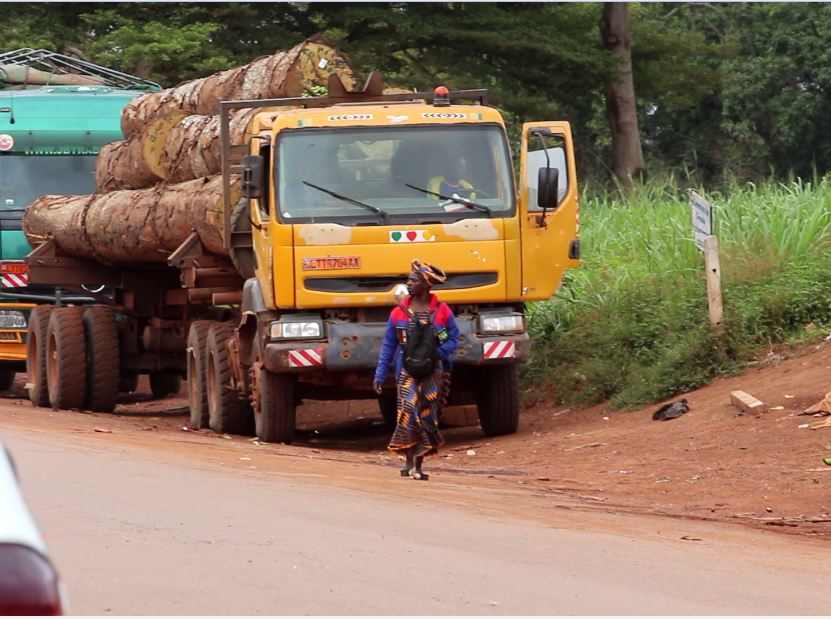 It was March 16, 2021. The Cameroonian Minister of Forests took a decision noting the lapse of 57 timber sales in the national domain, “due to the exceeding of their period of validity”.

A timber sale – also known as sale of cut – is a plot of land that the State makes available to a private company which has the financial, administrative and technical capacities for exploitation for a period of three years which can be renewed, said Ebenezer Ekwalla Dit Toube, a former chief brigadier of the central unit at the Ministry of Forestry.

“This plot does not exceed 2500 hectares,” the retired official said.

As these sales of cut expired several months ago and the 38 logging companies concerned did not request an extension of their activities, they were declared null and void by the forestry administration.

Ndongo went further by giving other important details: the number of sales of cut, the name of the operator, the date of allocation and expiry of the sales of cut, and the reason for the withdrawal.

However, the decision of the Minister of Forests is contradicted by some logging companies mentioned. The companies say they do not remember having obtained the sales of cuts attributed to them. Others say they have found that the sites granted to them by the forest administration were already occupied by fraudulent exploitation, or as in one case, by a vast plantation guarded by the military which would belong to someone powerful in the country.

Messok is a municipality in the Haut Nyong division, in eastern Cameroon, where approximately 12,000 people live. Mekoua, one of the villages of the district, is located at the edge of a dusty track which leads to the capital of the region. Its population lives in huts covered with straw, dead leaves and feeds on the products of hunting. However, this village has natural resources that could accelerate its development, starting with the community forest that it shares with two neighboring villages.

“We are a major supplier of wood but we have not benefited from anything since the creation of the community forest,” said Jean Paul Diouala Mkpala, the chief of Mekoua. “The hearings are not carried out, there is always a deception”.

When he speaks of deception, Mkpala refers to smallholders who sneak into the forest in his village, cut the wood with chainsaws and then leave without giving anything to the population.

In 2017, an opportunity knocked on the door of this village. That year, the forestry administration awarded the sale of cut No. 1002404 for a period of three years to the forestry company “La Rosière”. This sale of cuts was to take place in the villages of Mekoua, Mebem and Messea, and bring a smile to the residents. But in 2021, this sale of cut was declared obsolete due to the fact of exceeding the validity period; much to the astonishment of local residents who were, they say, unaware of such a sale of cut, let alone of the winning company.

“We don’t know “La Rosière” and I have no idea of ​​this company,” said Séraphin Nanga, president of the Beuk, Mekoua and Messea community forest. “We don’t have a company in the field that operates; before we exploited with chainsaws, it is now that we are looking for companies to cut the wood into logs.”

While local communities are wondering why the logging company could not exploit the sale of cut that would have been attributed to it, The Museba Project contacted “La Rosière” to get its version of the facts. “I don’t know about that (sale of cut),” a “La Rosière” company official said on the phone, before raising his voice. “Who are you asking me as? (…) why are you calling me?…”

This timber company is not the only one not to confirm itself in the ministerial decision.

Based in Douala, the equatorial forest company (Sfe) would have obtained the sale of cut No 110223 corresponding to the locality of Nguti in the South West region. Exploitation was to take place between September 2017 and September 2020, according to the Ministry of Forestry.

Approached at the company’s premises, Evariste Nanga, an Sfe official, wanted to carry out internal checks before giving Sfe’s position. A day later he said: “I have not found any traces that we had a sale of cut in this area on that date.”

With approximately 22 million hectares of forest, Cameroon, a country in Central Africa, is the second largest forest area in the Congo Basin behind the Democratic Republic of Congo. Wood is one of the country’s top three export products. However, the forestry sector still contributes little to the State budget. It is around 3%, according to official figures.

Soldiers on the plantation

Allocating sales of cut to logging companies helps to increase revenue, preserve the environment and improve the living conditions of local communities. To do this, it should be done according to a well-defined procedure, Ebenezer Ekwalla said. According to the retired civil servant, the administration is carrying out work on the ground and on the forest map to determine the sites that will house sales of cut. After that, it makes a post about available sales of cut and then interested companies come forward, he added.

“The forest administration is structured to ensure the control of these plots of land”, declared this former regional forest controller, before continuing: “the head of the forest post is at the bottom of this control architecture, he must follow evolution of an operation that takes place in his constituency”.

This has not always been the case on the ground.

The administration granted the sale of cut No. 702101, located in Nkondjock in the department of Nkam, to the Compagnie Forestière Assam (Cofa) for an exploitation which was to end in 2020. When Cofa wanted to start the exploitation, the site was already busy.

“We did not exploit this sale of cut because there were illegal exploitations already ongoing there,” declared on the telephone an official of Cofa, a company linked to Bonaventure Mvondo, who is a member of parliament and nephew of President Biya.

“We complained that there was an exploitation, it should not be put on sale”.

During the same period, another company was forced to abandon its operation sites. This is VERA Forestière, a company that has acquired two sales of cut, No 110221 and No 801238, in Nguti and Nkoteng, respectively in the South West region and the Center region. When launching activities on the sites, the logging company encountered obstacles.

“We obtained these sales of cut but we could not exploit them”, regretted on the telephone Nangue Jean Pierre, person in charge of exploitation with VERA Forestière. “In Nguti, there was war, we stopped mining. In Nkoteng, the sale of cut that we were allocated was on the land of [Ferdinand] Ngoh Ngoh (Secretary General of the Presidency of the Republic, editor’s note), there were his farms on it on about 1000 hectares.”

The forest administration was supposed to ensure that this site was unoccupied before making a sale of cut. Facing the reality, it was speechless. “they (the administration, editor’s note) told us to manage, we were surprised,” said Nangue.

“It was impossible to exploit, the site was protected by several soldiers,” Nangue said. VERA Forestière, which exported a lot of wood to China, has been out of business for about two years. According to its operations manager, this company is looking for partners to revive its activities.

Several other companies that would have obtained sales of cut declared obsolete have expressed their disappointment sometimes with a covered face. “We have never had a sale of cut in this locality, it is rather in Bertoua that we bought wood auctioned in the past”, declared on condition of anonymity the owner of a company that saw itself assign a sale of cut to Bélabo, in the East region.

“These are imaginary sales of cut”, concluded the company owner.

The Museba Project has written to the Minister of Forestry and Wildlife seeking his comment on the allegations surrounding the obsolete sale of cuts. Jules Doret Ndongo did not react to our request for information.

“The minister was deceived by his collaborators,” Ebenezer Ekwalla said.

“How can you put a sale of cut on a space that has housed a large plantation for several years? The collaborators must give accurate and verified information to the Minister to enable him to make the right decision, this was obviously not the case in this case”, Ekwalla added.

Henri Mevah is the coordinator of the Livestock Support and Biodiversity Preservation Project on the outskirts of protected areas in Cameroon (PAPEL), an association that often denounces the bad practices of logging companies. He indicated that some companies have, for some years, acquired sales of cut from the administration just to sell them later to the highest bidder.

“Some Cameroonian buyers sell their sales of cut to Lebanese or Chinese who have significant financial resources and who are looking for timber resources, I do not know the amounts of the transactions but it is a recurring phenomenon”, said Henri Mevah.

Every year, the state loses about 33 billion CFA francs due to corruption and poor governance in the forestry sector, NGOs report. And the opacity that surrounds the granting, control and management of sales of cut could worsen the situation. If nothing is done.

By Christian Locka (The Museba Project)

This report was produced with the support of the Rainforest Journalism Fund in partnership with the Pulitzer Center.

There were lots of negatives surrounding my appointment – Otto Addo