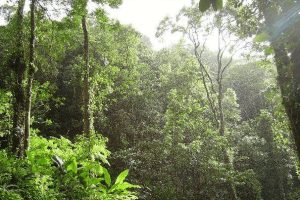 About 75,000 trees have been planted in the Bolgatanga Forest District of the Forestry Commission (FC) in the Upper East Region.

The trees were planted in conjunction with farmers in two Metropolitan, Municipal and District Assemblies.

The species planted included Eucalyptus, Teak and cassia in the Tankwiddi East and Red Volta West Forest reserves and the project is under the Ghana Shea Landscape Emission Reduction Project (GSLERP) with the aim to restore degraded forest areas and enhance forest carbon stock.

Mr Henry Opoku -Boateng, District Forest Manager of Forestry Commission (FC), who made this known in an interview with the Ghana News Agency in Bolgatanga, said the trees were planted together with farmers from the Kalbeo Community in the Bolgatanga Municipality and Nangodi over a total area of 79.6 hectares.

The farmers, who were 62 in number, constitute 34 men and six women from the Kalbeo community, 17 males and seven females in the Nabdam district, who are benefiting from the GSLERP.

‘We need trees in the forest reserve now than ever and that is why we are planting in the forest now and not necessarily the communities,” Mr Opoku-Boateng indicated.

“When the trees get matured and the participating farmers  harvest them  for other commercial purposes, it will attract financial benefits for the individual farmers in the community, whilst the community also has a share of  5 per cent  of total amount and also if the trees mature and are not harvested but are used purposely for carbon credit, then  the individual farmers  also benefit from the quantity of carbon credits recorded and amount received under the project will be shared among the farmers,” he added.

The District Forestry Manager said the project had 40 per cent benefit sharing for the farmers who are engaged in the project.

The GSLERP project was launched this year by the Ministry of Lands and Natural Resources and it is being implemented through the Forestry Commission, the United Nation Development Programme (UNDP) and the Global Shea Alliance with funding from the Green Climate Fund and the Government of Ghana.

The project is part of efforts to restore degraded savannah forests, improve the shea value chain and to strengthen livelihoods, especially for women in Northern Ghana.

Other ongoing greening activities, Mr Opoku said, was the Government of Ghana’s Green project, which the Forest District planted 200,000 trees for 2022.

Unavailability of land, bane to our quest to ensure access to courts – Chief Justice