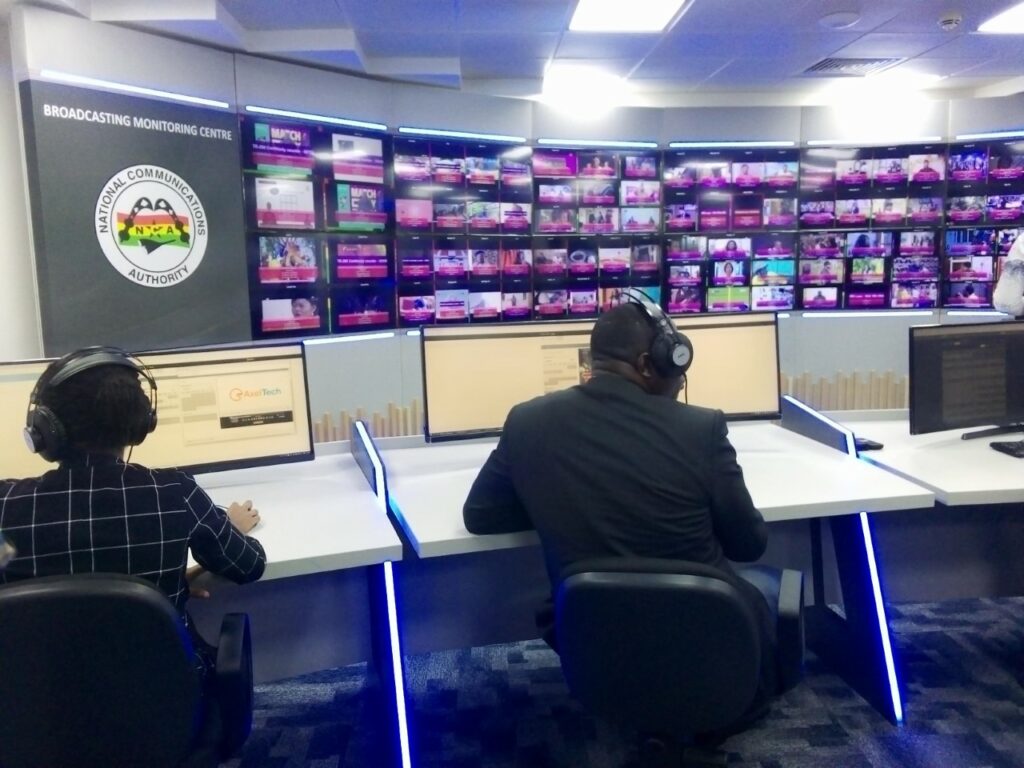 The National Communications Authority (NCA) says there has been improvement in compliance to broadcasting regulations in the country over the past four years.

Mr Edmund Y. Fianko, Acting Director of Engineering, NCA who said this, attributed it to the establishment of broadcasting monitoring systems by the Authority to monitor radio and television broadcasting in the country over the last few years.

He said this when the Authority commissioned a new Broadcasting Monitoring Centre (BMC), in Accra, on Tuesday.

The BMC, an expansion and upgrade of the NCA’s Broadcasting Monitoring System (BMS), would monitor and record broadcast media contents.

The aim of the BMC is to, among other things, sanitize the broadcasting landscape, protect consumers of broadcasting services, and ensure broadcasters operated within allocated bandwidth.

Section 2 of the Electronic Communications Act of 2008, Act 775 mandates the NCA to regulate the radio spectrum designated or allocated for use by broadcasting organisations and providers of broadcasting services.

He said: “…….once people know that you are checking, they are more careful. So, compliance has improved since we have the system and we expect it to continue to improve.”

The NCA, in 2018, established the BMS for the monitoring of television and FM radio broadcasting services in the country.

Giving details on the newly established BMC, Mr Fianko indicated that unlike the BMS, the new BMC could record up to over 50 FM radio stations and 100 television stations.

He assured that the Authority would engage broadcasters on the violations that were worthy of punishment.

Mr Joe Anokye, Director General, NCA said, with the increase in the number of FM radio and television broadcasting stations, there was the need to automate the regulatory compliance administration.

He said the establishment of monitoring systems such as the BMC was necessary because it could no longer rely exclusively on periodic spectrum monitoring to verify compliance.

He said the BMC had the capacity to record about 100 video channels (terrestrial/satellite), record FM radio in Accra and monitor about 13 satellites.

Mr Anokye added that with continuous support of the Board of the NCA, the project would be scaled up to cover more stations.

Mrs Ursula Owusu-Ekuful, Minister of Communications and Digitalisation, in a speech read on her behalf by Mr Isaac Osei-Bonsu Jnr, Board Chairman, NCA said broadcast media monitoring played a key role, not only in ensuring media sanity but enhancing the security of a nation.

She said with the rapid development of the radio and TV industry and the convergence with telecommunications, it had become important to ensure the quality of broadcasting services and explained that the technical parameters monitored by the Authority would enable it to have evidence of the happenings in the broadcasting landscape.

“This, I am sure will bring some sanity to the media landscape,” she said.

The Minister added that the broadcast monitoring would compel broadcasters to operate within allocated bandwidth to avoid interruptions and observe the media without interruptions.

“The main purpose of this initiative is to protect consumers of broadcasting services. This is in accordance with Section 5C of the NCA Act 769,” she added.

Dr George Sarpong, Executive Secretary, National Media Commission (NMC) said the establishment of the BMC would give the country the opportunity to address the ills that affect society.

“What the NCA has established for all of us is going to permit us at the NMC, as I have already demonstrated to you, to see the trends in media coverage and the implications for peacebuilding and national development,” he said.

Ms Fatimatu Abubakari, Deputy Minister of Information commended the NCA and the NMC for the initiative indicating that, the BMC would keep all broadcasting media organisations in their toes.