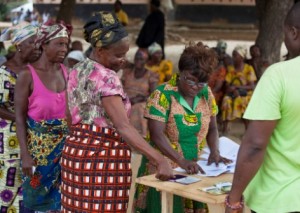 Delivering the 2023 Budget Statement and Economic Policy of the Government in Parliament, on Thursday, the Minister indicated that the government was expanding the various social protection programmes to buffer the vulnerable in society against the immediate impacts of the economic crisis.

These include the Livelihood Empowerment Against Poverty (LEAP) Programme; the Ghana School Feeding Programme (GSFP) and the Capitation Grant.

For instance, on the LEAP, Mr Ofori-Atta said Government was committed to expanding coverage to all 2.5 million extremely poor individuals as estimated by the Ghana Living Standards Survey (GLSS 7) by 2024.

Additionally, he said, while improving efficiency through digitalisation and assessment, Government would, in 2023, increase the value of the LEAP grant from the average of GHC 41.75 per household to GH¢95.19 bi-monthly.

He indicated that since its inception in 2008, LEAP had supported extremely poor and vulnerable households; increasing beneficiary coverage from 143,552 in 2015 to 344,389 households comprising 1,827,035 individuals as of September 2022.

“We will not renege on our responsibilities towards the vulnerable and socially excluded and the implementation of our various social protection programmes will be expanded,” he assured.

The Finance Minister also indicated that the Ghana School Feeding Programme (GSFP) would be sustained and the feeding grant would be increased in 2023 to reflect the current cost of living.

“Mr. Speaker, the Ghana School Feeding Programme which provides one hot nutritious meal each day for 3,448,065 beneficiary pupils in public basic schools as of December 2021 will be sustained.

“In 2023, the feeding grant will be increased to reflect the current cost of living. The programme will also strengthen domestic production by sourcing locally produced food from the National Buffer Stock company,” he said.

On the Capitation Grant, Mr Ofori-Atta said the abolishment of the charging of fees and levies in all public basic schools had contributed to a steady increase in enrollment over the years.

He emphasized that the Government would strengthen its monitoring regime to address teething challenges in the implementation of the policy, including the timely release of the grant, misuse of funds, transparency and poor bookkeeping and value of grant amount.

The government, in 2005, abolished the charging and payments of all forms of fees/levies in all public basic schools and replaced them with the capitation grant.