The impact of live streams on the entertainment sector 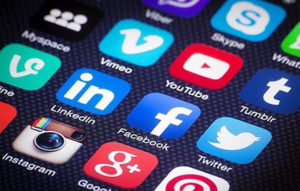 Individuals are viewing many videos thanks to advances in live streaming. Generally, live streaming is becoming increasingly popular since it is participatory, interesting, and accessible. Pre-recorded videos can’t compare to it for engagement, and it entertains people most thrillingly and creatively possible.

New tackle for the entertainment industry

Live streaming platforms dominate the entertainment industry due to the wide range of options available on any platform app, such as Youtube, Facebook, Twitch, and many more.

You can show your support for a specific content creator and get noticed by donating a certain amount of money. They’ll usually give you a handful of shoutouts as a thank-you for your support, and everyone loves a shoutout from one of their favorite internet celebs.

A live streaming session could last hours and feel like you’re interacting with your content creator. Most live streaming is involved with gaming. It may entertain or persuade the viewers by playing a specific game and showing the audience the gameplay itself as if it were advertising the product.

Some streamers would even be playing on Non UK Casino sites with hundreds or thousands of people watching live.

Gaming streams are a relatively young spectacle that has taken off recently, drawing millions of unique viewers daily. A platform for live video broadcasting called YouTube has been the vanguard of this achievement.

Although big tournaments and events can be included in broadcasting, it often entails one player or teams who stream their games and chat, describing the gameplay and providing viewers advice.

The streamers and their viewers have a special bond thanks to this multiple communication. This connection fosters the creation of a new online community where eSports fans watch live streaming of online celebrities playing their preferred video games. As live-streamed online gaming gains popularity, viewing them becomes a distinct pleasure.

It is altering how people communicate daily and moving live events online. Additionally, it has changed and made life easier for individuals because they can watch events or anything else from the convenience of their own homes. In summary, the media and cultural sectors have benefited from live streaming.

Some live streaming is not just gaming-related but also celebrity-related, with your celebrities streaming on Instagram, Facebook, and other social media platforms. Another approach to staying informed and observing their lives is through these streams, which are easily accessible.

To wrap things up

Live streaming is a potent technology that brings people together all around the world. With the aid of this function, individuals may gather to learn about world events and to keep their minds open to many cultures and viewpoints. Live streaming also alters how people connect, provides ease, and enables people to attend the same activity without leaving their country.