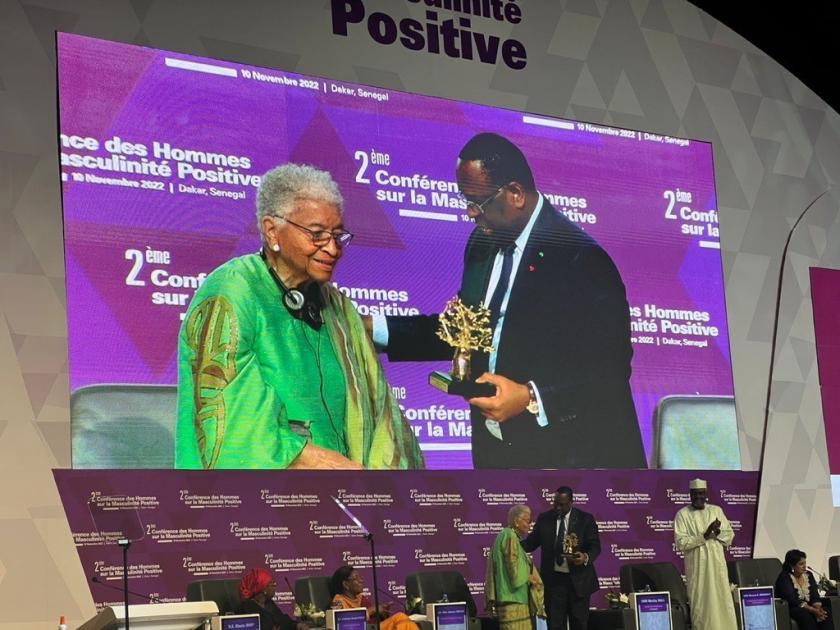 African Union (AU) Heads of State and Government have recommended the engagement and active involvement of men and boys in leading preventive actions against violence, women, and girls on the continent.

The African Leaders also stressed the need for nurturing a culture of positive masculinity.

They noted that violence against women and girls remains the most widespread and socially accepted form of human right violation.

The AU Heads of State and Government commitment was made through five regional Presidents at the Second Men’s Conference in Dakar, Senegal which was hosted by the President Macky Sall of Senegal in collaboration with President Felix Tshisekedi, of the Republic of the Democratic Republic of Congo.

Other Presidents who participated in the conference are President Cyril Ramaphosa, of South Africa; President Nana Addo Dankwa Akufo-Addo, of Ghana; Former President Ellen Johnson Sirleaf, of Liberia and the Patron of the African Women Leaders’ Network (AWLN), and President Moussa Faki Mahamat, Chairperson of the African Union Commission.

The Heads of State committed to five key areas to advance, promote, and accelerate actions to prevent, sustainably address, and end the scourge of violence against women and girls on the continent.

President Sall in an address copied to the Ghana News Agency in Tema, underscored the need not to only raise awareness but to act against all forms of violence against women and girls.

He stated: “Let us not forget that violence is not only physical. It is also through harassment, threats, insults and other derogatory or humiliating remarks that hurt as much.

“No religion, no law, no social rule justifies violence against a human being. In short, there can be no legal or moral basis for violence in any form. whatever form it may take. Nothing can justify a woman, or a girl being abused, marginalized, or discriminated against.”

“But it is not enough to say enough. It is necessary to act so that the custom of silence ceases, in times of peace as in times of war.”

On his part, President Ramaphosa expressed the commitment of his government to end gender-based violence and empower women on the continent.

“We recently convened the second presidential summit on gender-based violence and femicide in South Africa, at that summit, I once again made the call for the involvement of men in this fight.

“Gender-based violence is a problem of men, not of women. We cannot win this struggle until we fundamentally transform how masculinity is expressed,” he stated.

The South African President called for the speedy development of the AU Convention on Ending Violence Against Women and Girls and offered to join the AU circle of Champions of Heads of State leading the call for positive masculinity.

Former President Johnson Sirleaf, on her part, underscored the key role men and young men play in ending violence and discrimination and called for more actions to support women and girls in all spheres on life.

“I recognize I have a few years ahead of me than those behind me, therefore, forgive my impatience. I would like to see at least three women elected as President.

“There are several countries holding elections in the coming years, it is possible. I would like to see a resolution of at least three of the ongoing hostilities on the continent, and other potential conflicts prevented through the participation of women in the peace and security architecture.

“I would also want to see women included in the African Continental Free Trade Area as this also gives impetus to the AU Decade on Economic and Financial Inclusion of Women 2020- 2030,” she noted.