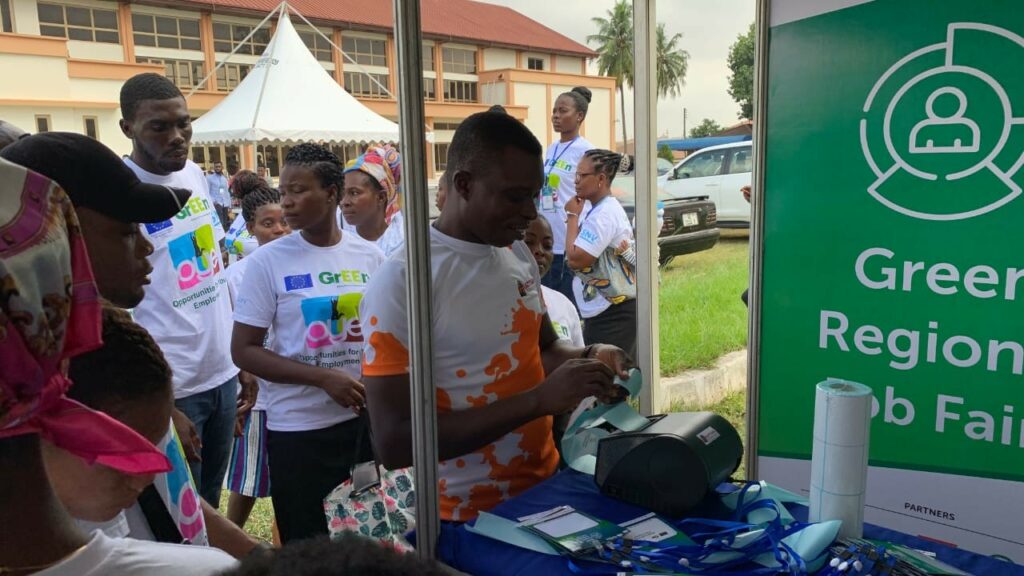 The Ministry of Employment and Labour Relations has hinted of plans to implement the National Green Jobs Strategy, which aims at promoting decent green jobs creation through inter-sectoral linkages and cooperation.

“We are sure that when these interrelated components are well-implemented the enabling environment would be created for the green and circular economy to blossom and its impact harnesses for job creation,” Mr Ignatius Baffuor Awuah, the Sector Minister, said.

In an address read for him at the 2022 Ashanti Regional GrEEN Job Fair in Kumasi, the Minister said the European Union (EU) had allocated €17 million, under the new Pact for Jobs Programme, to expand the green skills development component of the National Green Jobs Strategy,

The fair was organised by the Netherlands Development Organisation, SNV, under its European Union funded GrEEn Project, with partnership from the Ministry of Employment and Labour Relations.

Other partners include the Ministry of Local Government, Decentralisation and Rural Development, Association of Ghana Industries (AGI), Labour Department and the Ghana Chamber of Young Entrepreneurs.

It was on the theme: “Green and Circular Economy: A Sure Way to Create a Decent & Sustainable Employment and Jobs.”

It brought together more than 500 job seekers, employers, and exhibitors from the green and circular economy.

Over 46 businesses were present with more than 120 vacancies and job openings being offered to qualified job seekers.

Mr Baffuor Awuah said job creation, particularly for the youth, was a major priority for the government and that there were several interventions across the sectors apart from job fairs that created jobs.

Data shows the Government had created five million direct and indirect jobs since 2017.

He was optimistic that supporting the green and circular economy to grow would position Ghana to better develop the industrial sectors in a more sustainable manner.

Mr Laouali Sadda, the Green Project Manager, SNV, said skills development was one of the key tools the organisation had adopted to facilitate growth.

SNV Ghana was working with skills training partners to provide practical and employable skills to young people under the flagship Opportunities for Youth Employment (OYE) Programme, he said.

Since the inception of the GrEEn Project, it had organised a total of 10 jobs fairs at the local level with municipal and district assembly partners in the Ashanti and Western regions.

Beneficiary districts are Adansi South, Ejura-Sekyedumase, Offinso North and Sekyere Kumawu in the Ashanti Region, and Ahanta West, Wassa Amenfi, Nzema East and the Jomoro Municipality in the Western Region.