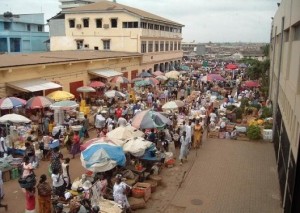 Discussants at an economic dialogue say Ghana needs critical leadership to implement policies that will take the country out of the current economic hardship and make the economy resilient in the future.

They said the failure to transform the economic structure from a predominantly raw material driven to industralised one is largely due to the inability of leaders to implement policies.

The dialogue was on the theme: “Fixing the Ghana Cedi; key to sustainable growth”.

They said it was time for leadership to take bold steps to implement innovative policies and own majority stake in the country’s natural resources.

Dr Gyeke-Dako, a Senior Lecturer at the University of Ghana Business School, said the depreciation of the Cedi and the current economic hardship were due to leaders often focusing on populist policies.

“Our leaders, therefore, neglect the very important things that would build our economy and make it resilient,” the Development Economist said.

She explained that the normal sequence of transformation for every economy, especially the agrarian economy like Ghana was for it to develop the agriculture and manufacturing sectors, then services.

“But we’re seeing the contribution of services sector leading our growth in the economy. So, our structural transformation has not taken place the way we want, and I’ll blame it in a way to leadership,” she said.

Mr Kareweh said: “Our leaders are not of their own mind – if you sit and watch them and you know the pedigree they are and what they do, you’ll know very well that they’re working for themselves and someone else and not for their people.”

He underscored the need for leaders to be intentionally and willing to implement policies to ensure that the country produced enough to meet local demands and export.

Dr Sarkodie, a Development Economist, bemoaned the structure of ownership in critical sectors of the Ghanaian economy particularly, gold and oil, which allowed the country to earn a little stake with foreigners having majority earnings.

He explained that such a situation made it possible for multinational companies in those sectors of the economy to repatriate their profit, a major contributor of the depreciation of the cedi.

He noted for example that the Bank of Ghana reported that out of the $11.8 billion export earnings in the first nine months of 2022, including gold ($4.2 billion), oil ($3.8 billion) and cocoa ($1.7 billion) Ghana earned less than $2 billion, with the rest going to foreigners.

Dr Sarkodie attributed that situation to leadership and said: “The political system must always be right for the economic system to function correctly, because there’s a dichotomy between political expediency and economic efficiency.”

Dr Ankrah who also blamed the current economic hardship to poor leadership, said: “For Ghana to succeed, Economists must provide leadership in charting new economic paradigm, which will enable Ghana and Africa to take its destiny into its own hands.”

“This is the time for Ghana to once again show leadership on the continental stage by taking control of its economy and providing hope to its citizens,” he added.