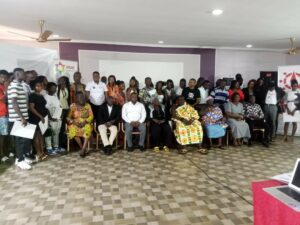 ABAK Foundation, a non-governmental organisation, with support from the Centrre for International Private Enterprise and Connected Development, has launched an initiative aimed at promoting anti-corruption advocacy in Ghana.

Dubbed “Follow the Money”, the initiative seeks to use an innovative methodology for anti-corruption issues advocacy campaign by empowering local stakeholders to monitor project implementation and government budgets.

Mr Philip Duah, Executive Director for ABAK Foundation, told the media after the launch in Kumasi that as local partners, his organisation would advocate and track government spending on projects in communities, especially those with international funding.

He said it was important for the citizenry to be adequately informed about the implementation of government policies and programmes to effectively hold the government accountable.

He attributed delays and shoddy execution of development projects in local communities to lack of accountability which often led to misappropriation of funds earmarked for such projects.

Mr Hamzy Lawal, Founder of Connected Development, said the initiative had yielded positive results in other jurisdictions through empowerment of the citizenry and stressed the need to ensure beneficiaries of projects owned them.

He said embezzlement of public funds and corruption were rife in Africa and that the citizens had a role to play in curbing the menace by closely monitoring how such funds were expended.