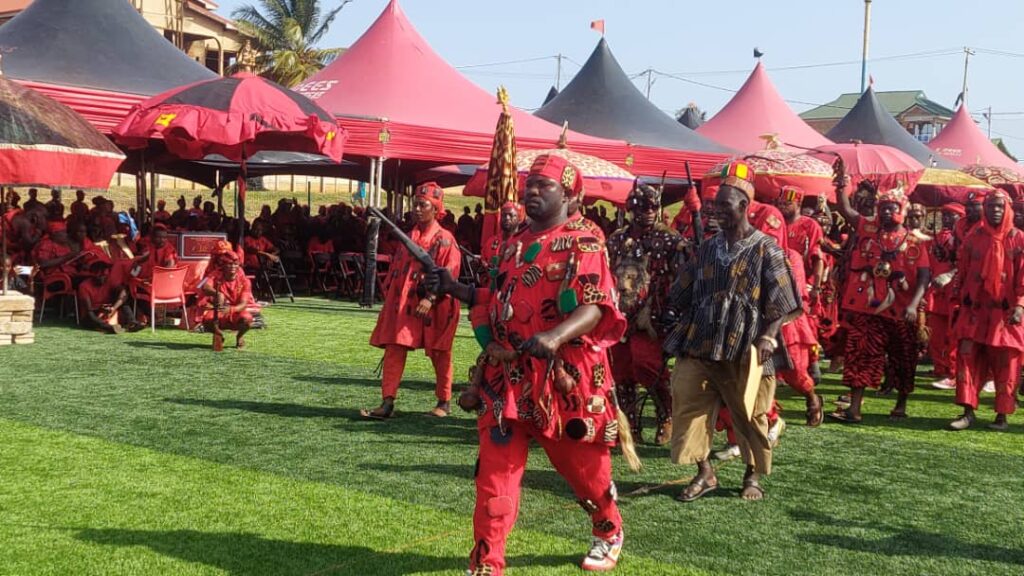 The firing of musketry, traditional warriors’ display of artistry, the sounds of drum appellation, and the chief priest pouring of drinks amidst the chanting and invocation in Ga language characterized the final funeral rites of the late Tema Manste.

The late Nii Adjei Kraku II Tema Paramount Chief reigned for 28 years until he embarked on the journey to the ancestral home in February 2020.

A large entourage, including chiefs and queen mothers, traditional priests, state officials, politicians, religious, and a cross-section of the general public, besieged the scared Mantse Park at Tema Manhean to pay homage to the late Paramount chief.

The one-month-long funeral activities hit the climax at the weekend as a beehive of traditional activities characterized by traditional Ga customs and norms were observed to signify the end of Nii Adjei Kraku II, the late Tema Paramount Chief on earth while acknowledging his elevation into the midst of the ancestors.

The biography, read by Nii Kwashi Dromo, indicated that Nii Kraku was inducted into the Greater Accra House of Chiefs as a member in 2013 after a protracted period of chieftaincy litigation. 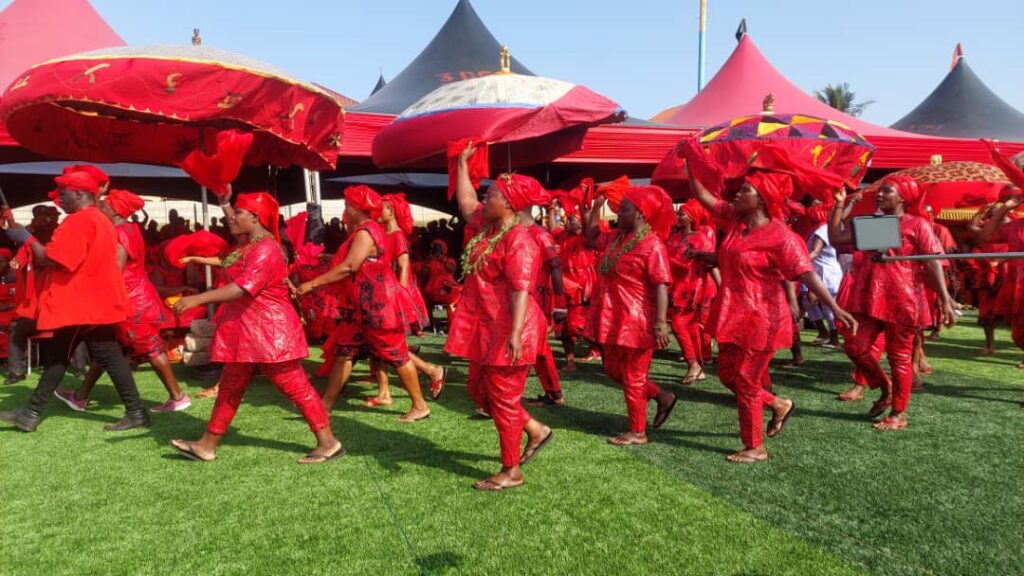 In 2013, under his leadership, the status of Tema Traditional Council was officially inaugurated by the Ministry of Chieftaincy and Traditional Affairs with him (Nii Adjei Kraku II) as its President.

He served on the Judicial and Standing Committees as well as the Research and Legal Committees of the Greater Accra Regional House of Chiefs.

He expanded the number of Asafoatsemei and Asafoanyemei (Traditional Warriors) from its original eight clan houses to all the 22 clan houses of Tema.

He established the Tema Education Foundation with the Tema Stool’s backlogged royalties received, which was then locked up in the coffers of the Lands Commission.

Another achievement during his reign was the establishment of Tema Clan Heads Forum for the purposes of consultation on matters of custom and tradition.

Nii Armah Somponu II, the Shipi and Secretary of the Tema Stool, reading the tribute of the Tema Traditional Council, stated that Nii Kraku’s choice to occupy the throne was very strategic in view of the prevailing turmoil that had bedeviled Tema’s chieftaincy amid a litany of court cases.

He added that “The people of Tema or the Tema Traditional Council for that matter needed somebody moulded in the realm of bravery, wisdom, and thoughtfulness, to propel this dear town of ours from the shackles of insecurity to happiness.”