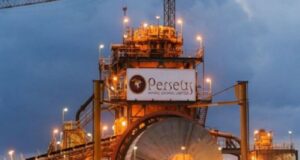 The company donated $3,000 to the fund every year as part of its corporate social responsibility to give back to the society in which they operate.

Projects being embarked on in the beneficiary community are in six thematic areas; Education, Health, Agriculture, Sports and Heritage, Poverty Reduction and improvement of existing infrastructure.

Others are supplying and fixing of a pump for a borehole at Ayanfuri among others.

In line with mining Regulations, PMGL has constructed a $30 million resettlement housing project for about 1,147 people in the District for people within 500 meters radius away from mining sites.

In an interview with the Ghana News Agency (GNA) Mr Emmauel Danso, the Social and Community Development Superintendent of PMGL, said the 216.78 acres of land resettlement facility, include 187 houses, 12 institutional buildings, two schools and three churches.

Also, a 13-unit market facility and a community center with a new palace for the Chief, police post, Fire point and a community water and sanitation agency office were on the drawing board.

He noted that the company remained committed to improving the living standards of the people within its catchment area for the betterment of all.

On the workforce, Mr Danso revealed that more than 70 per cent of the workers were residents, and this was part of the company’s efforts to give back to society to reduce the rate of unemployment in the area.

Government representatives urged to be mindful of utterances in ‘hard times’