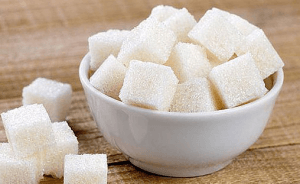 Professor Francis B. Zotor, Professor in Public Health Nutrition at the Fred Binka School of Public Health, University of Health and Allied Sciences (UHAS), Hohoe, has called on citizens to reduce their consumption of sugar sweetened beverages (SSBs).

He said research has shown that these sugar sweetened beverages were associated with dental caries, obesity, diabetes, stroke and several other non-communicable diseases (NCDs).

Professor Zotor said these in an interview with the Ghana News Agency during a float dubbed: “Say No to Sugar Sweetened Beverages,” a campaign aimed at creating awareness of the health dangers of consuming these products.

The four-hour float started from the Ho Teaching Hospital through Housing, Central Market, OLA traffic, Civic Center, the municipal assembly, KK House and back to the starting point.

The Lecturer lamented that these products were on display at everywhere including shops, schools, churches, markets around banks and in hospitals, and they were killing the populace slowly and silently.

He said children also consumed these products on daily basis, putting their future and that of the country at high risk, thus there was the need for drastic and pragmatic mechanisms to deal with the situation.

Professor Zotor who is also the Lead Organiser for “Say No to SSBs” campaign in the Eastern Corridor for the Advocating for Health Project underscored the need for a concerted effort to increase the awareness to stop the menace caused by continuous consumption of SSBs.

The Lecturer said there was an increase in non-communicable diseases and that has implications for the next generation, the reason it was important to wake up and make conscious efforts to address the challenges.

He said Ghana cannot afford the epidemic proportions of the NCDs levels as the health care system cannot take care of people who were sick, urging public health nutritionist to intensify the campaign to protect the health of the citizens.

Mr Percival Agordoh, Vice President of the Ghana Academy of Nutrition and Dietetics (GAND) told GNA government should consider putting heavy taxes on these products to make them expensive.

He said people continuously consume these sugar sweetened beverages because they were not expensive, so putting taxes on them would increase their prices and that would deter people from consuming them in large quantity.

Mr Agordoh said the campaign would be extended to producers of these products to appeal to them to reduce the sugar content to make the products safe for consumption.

The Vice President called on the citizens to adhere to health safety protocols and heed to the call to avoid intake of sugar sweetened beverages to remain healthy and productive.