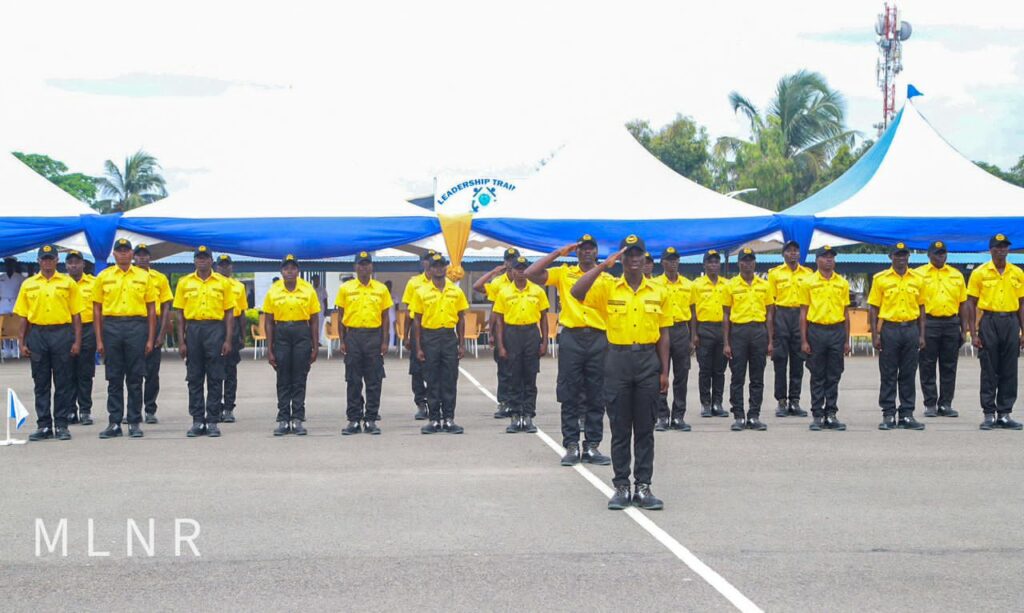 The First batch of 100 river wardens out of 300 being trained have successfully completed a four-week intensive pre-deployment training course at the Eastern Naval Command in Tema.

They were trained to protect the country’s water bodies and prevent them from further pollution by the activities of illegal miners.

At the passing-out ceremony in Tema, Mr George Mireku Duker, a Deputy Minister of Lands and Natural Resources, in charge of Mines, said the first batch were drawn from districts along the Ankobra, Bonsa, Pra and Tano rivers.

He said the training was to develop their swimming, water confidence and boat handling techniques, which were achieved through classroom lectures, practical demonstrations, physical training and drills.

The Deputy Minister said the training of the wardens underscored the government’s determination to fight illegal mining and build a responsible, viable and sustainable industry that would be beneficial to the state and the investment community.

The small-scale mining sector was a channel through which the country could build local champions to meet the target of ownership enhancement in the industry.

Operation Halt II, Community Mining Scheme, procurement of gold katcha machines, speed boats and the recent engagement with chiefs and the assemblies for support are measures instituted by the government to mitigate illegal mining.

Statistics from the mining sector showed that small-scale mining was one of the key drivers of Ghana’s economy, hence the necessity to properly regularise it at all levels.

Mr Mireku Duker appealed to Ghanaians to support the fight against illegal mining (galamsey) as a national concern, particularly to communities along the river bodies, and report those involved to the authorities.

He congratulated the wardens and urged them to discharge their duties with patriotism, selflessness and integrity, adding; “Daunting days lie ahead of you”.

“The temptations of bribery, greed for money and many more are likely to sway off your purpose, but I urge you to put on the armour of patriotism and above all, foster peace and prosperity in the various communities through which the various river bodies flow”.

Some of the trainees received awards for exceptional performance in the various drills.

The Flag Officer Commanding the Eastern Naval Command, Commodore Emmanuel Ayesu Kwafo, said the initiative was a valuable addition to the many efforts to curb illegal mining.

He expressed the hope that the partnership would go a long way to end illegal mining on river bodies and destruction caused to lands and natural resources.

Speaker to deliver ruling on Adwoa Safo on Wednesday