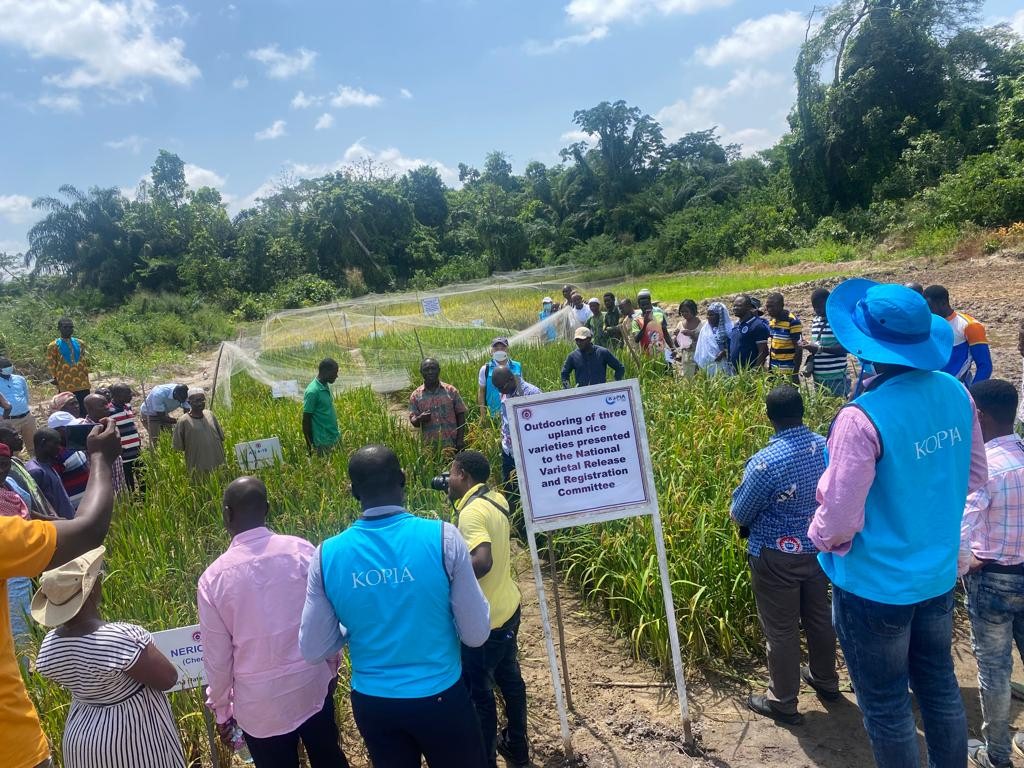 The Crops Research Institute (CRI) of the Council for Scientific and Industrial Research (CSIR) has released nine improved varieties of rice.

They are made up of six (6) lowland varieties and three (3) upland types.

The new varieties are early maturing, easily thrashed, translucent, low to intermediate amylose varieties, tolerant to diseases and good consumer attributes, among others.

The varieties, according to Dr. Maxwell Asante, Deputy Director of CRI and a rice breeder, would help increase rice production in the country, improve farmers’ income and livelihoods and help cut down on imports of rice into Ghana.

He was addressing researchers, extension officers, agricultural directors and farmers drawn from Nobewam, Kadjebi, Sokwai, and Aframso, at the outdooring of the new varieties at Fumesua in the Ejisu Municipality of Ashanti Region.

He said after maize, rice was the most important cereal in Ghana and the annual per capita consumption is 40kg/person and rising.

These varieties were going to be a game changer in Ghana because of their distinct qualities (very high yielding, good taste and colour among others), adding that, some of them were good for industrial use.

Dr Asante noted that some of the varieties were tailored to meet the needs of factories adding that, it would complement the government’s industrialization agenda.

“There are a lot of IDIF and some of them will require some of the varieties”, he observed.

He thanked the Korean government for the continuous support in research activities and appealed to farmers to ensure good agronomic practices and apply the right fertilizers in right amounts to ensure increased yields.

“The varieties alone are not enough, we have to ensure good agronomic practices and the right fertilizers in the right amounts, when these policies go hand-in-hand, we will able to achieve rice self-sufficiency in Ghana”, he stated.

Dr Choong-Hoe Kim, KOPIA Ghana Center, Director, indicated that the problem of low productivity of rice in Ghana had necessitated the choice of the varieties and was optimistic the new ones would increase production and supply.

He said Koren faced the same problem some four decades ago and with good agronomic practices and right varieties the situation changed.

Korea, according to Dr. Kim was now producing over 10 tonnes per hectare of rice.

NHIA to release possible solutions to demands of the Pharmaceutical Industry