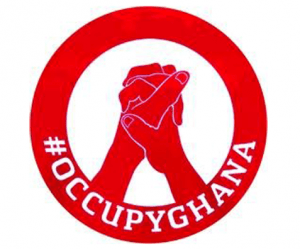 OccupyGhana, a pressure group, has appealed to President Nana Addo Dankwa Akufo-Addo to intervene as it seeks for the prosecution of persons behind the operations of Akonta Mining Limited in the Nimri Tano Forest Reserve in the Amenfi West Municipality of the Western Region.

In an open letter dated October 24, 2022, the Group asked the President to direct the Ministry of Lands and Natural Resources and the Minerals Commission to furnish the Police and the Attorney-General with evidence concerning the “illegal” activities of Akonta Mining in the Forest Reserve.

OccupyGhana had earlier written to the Ministry to assist the Police with evidence to facilitate the prosecution of officials behind the operations of the Company.

This was after the Ministry had directed the Forestry Commission to immediately halt the activities of Akonta Mining in the Forest.

OccupyGhana accused the Ministry of failing to act on its request, hence the decision to invite the President into the matter.

“The Ministry and Commission must have sufficient evidence to back these press statements. That evidence is what the Police and Attorney-General require to launch criminal investigations into the matter, and when satisfied, prosecute that Company and its directors and officers for the requisite offences under the Minerals and Mining Act,” it said.

The Group said the Akonta Mining case “is a key test” to the President’s resolve to end the illegal mining menace.

The letter added: “We want to see the commitment behind your declared intention to end the menace posed by galamsey, manifested in this matter too. Mr President, we once again urge you to lead the charge, as decisive action is required to save the nation from the dangers of galamsey.”

Africa must invest in solid statistical systems for sustainable development