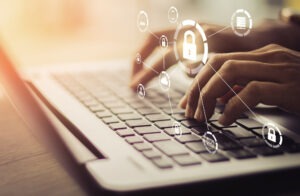 Madam Gertrude Araba Essaba Torkornoo, Justice of the Superior Court, has urged state institutions to invest in the building of robust digital platforms to prevent cyber criminals from hacking into sensitive state information.

She said one of the ways to effectively deal with the incidence of cybercrime, was for state institutions to collaborate and share information that would lead to effective prosecution of criminals caught in that space.

Madam Torkornoo gave the advice when she opened this year’s CYBERX conference and exhibition 2022 at the Accra International Conference Centre.

At this year’s CYBERX Africa conference, experts, governments and other players within the tech industry are expected to begin to invest in areas that seek to establish and foster robust relationships with the justice and law enforcement agencies in Africa.

Madam Torkornoo stated: “It is estimated that, Africa records over 40 million cyber-attacks every second from cybercriminals who seek to steal sensitive important and global information to disrupt global E-ecommerce.

“It is also estimated that, Ghana’s growing business environment especially in its evolving mobile payments ecosystems, rabid digitization of the banking sector and financial sectors also makes it a fertile ground for criminals to want to advantage of.”

Mr Osei Bonsu Dickson, Head of the Legal Department at the Ministry of National Security, called for stronger legal regimes that would make it possible to prosecute cyber criminals who engage in illegal trans-national cybercrimes.

Mr Abdul-Hakeem Ajilola, African Union Chairman for Cyber Security, described the continent’s ICT market as its new gold that has the capacity to solve unemployment challenges plaguing the continent.

According to him, if governments on the continent would make the right investments in the digital area, their economies would change within the next decade.

Mr Ajilola underscored the need for governments in Africa to begin the diversification of their economies and societies using ICT as the driving pillar and that in this way Africa can be countered among the community of serious entities when it comes to the development of software platforms.

He revealed that currently, there was a global shortage of cyber security professionals, something he believes Africa must reposition itself to cash on that market.

Dr Angela Lamptey, CEO of the Center for Strategic and Defense Studies, Africa in a welcoming address, underscored the importance of Africa’s cyber space and the need to take steps to protect such sensitive platforms from unscrupulous transnational criminal syndicates.

Ghana should not underestimate impact of climate change on tourism – Asafohene

Samini says to Akufo-Addo: We can only pray for a better tomorrow