Toilet caves in due to in-house mining and woman dies 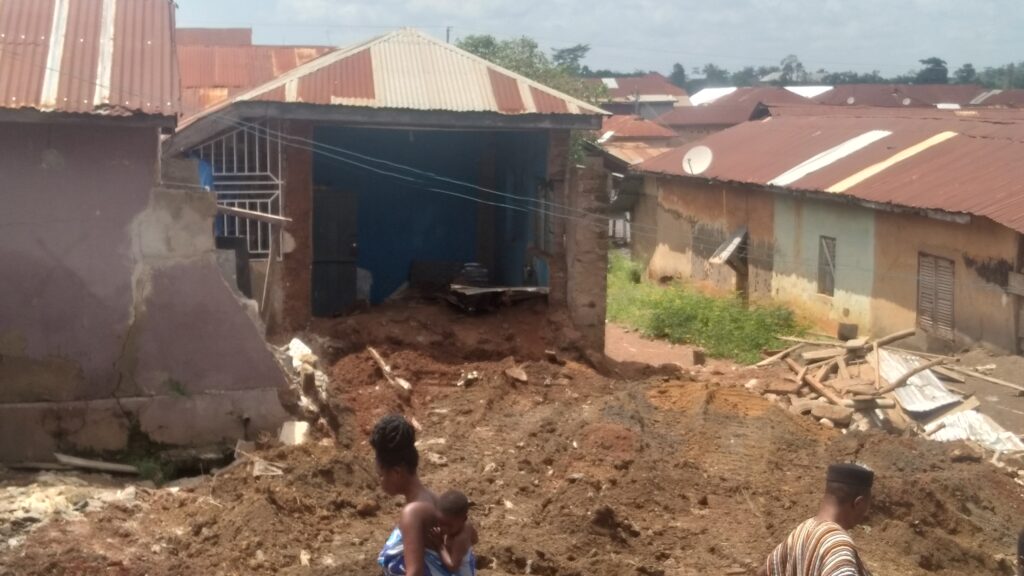 The Konongo-Odumase Township was thrown into mourning in the early hours of Sunday when a toilet caved in, swallowing a 24-year-old woman who was attending to nature’s call.

Rescue efforts by personnel from the Ghana National Fire Service and residents could not save the young lady who was pulled out from the pit after almost three hours.

With the aid of an excavator, the rescue team removed heaps of sand from the caved pit before locating the lifeless body of the deceased amid anxiety and uncontrolled wailing.

Some residents blamed the incident on an abandoned in-house mining pit close to the toilet but would not speak openly about it for fear of intimidation.

Residents who attempted to narrate the circumstance leading to the disaster to the media were visibly threatened others believed to be involved in the practice.

Some of them who spoke to GNA on condition of anonymity, said the landlord of the house had cautioned tenants not to use the toilet facility due to the precarious nature of the pit.

In-house mining is a common phenomenon in Konongo-Odumase where most houses are known to be having mining pits some of which are dug in bedrooms.

In 2016, the Municipal Security Council banned in-house mining in Konongo-Odumase following incessant complaints by residents who envisaged the danger that the practice posed to both the environment and humans.

Prior to the ban, the Assembly had arrested and arraigned some of the perpetrators following the identification of about 70 in-house mining pits in the same area where the incident happened.

The GNA gathered that despite the ban, some recalcitrant miners continued to engage in the illegal activity, but the expectation is that authorities would step up efforts to tackle the problem following the latest incident.

My acceptance speech at the Welles Prize event