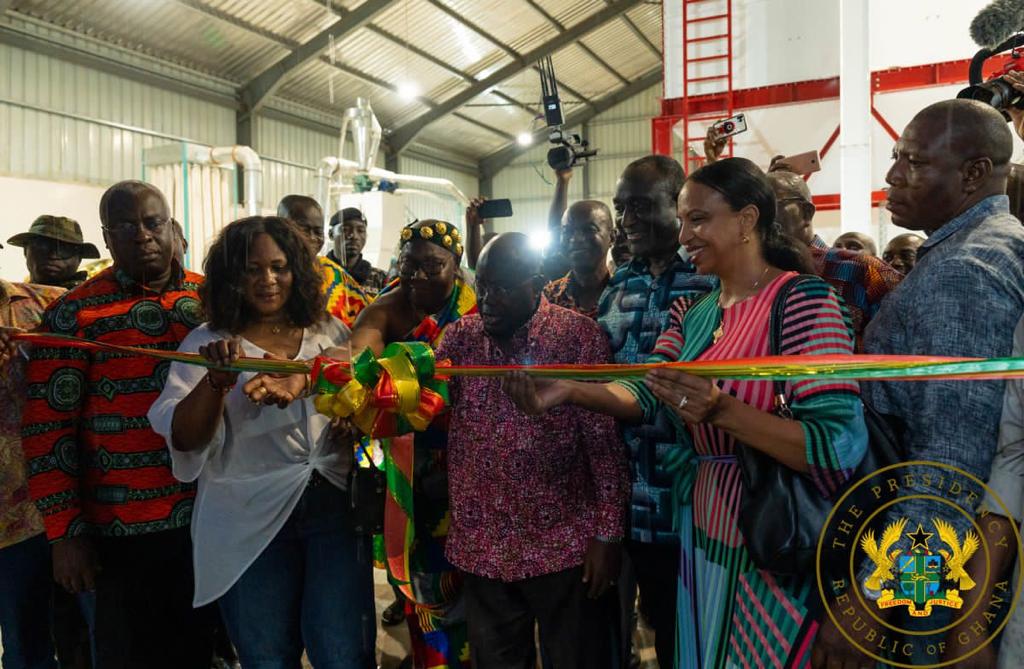 President Nana Addo Dankwa Akufo-Addo has inaugurated an ultra-modern maize processing factory at Nsuta-Kwagye in the Sekyere-Central District of the Ashanti Region, a project executed under the ‘One District, One Factory’ initiative.

Construction of the facility commenced in January 2020, completed and handed over in June, 2022, and fitted with state-of-the-art processing equipment, including a maize drying plant and a grit milling machine.

It has a standby generator and a mechanised borehole to supply the factory with water, a warehouse, fully furnished office accommodation for staff, conference room, laboratory, and a canteen for workers.

The inauguration was part of the President’s working visit to the region to inspect and commission infrastructural projects to enhance socio-economic activities.

He was assisted by the Minister of Trade and Industry, Mr Alan Kwadwo Kyerematen, who hinted that the Sekyere Maize Processing Factory was expected to directly employ some 118 workers.

These include management professionals, factory floor workers and plantation management personnel, who would work on nucleus maize farms.

Additionally, more than 600 farmers from the Sekyere Central Union of Maize Producers Associations, the mother association of all maize farmer-based organisations in the district, would be directly engaged as contract suppliers of maize to the factory.

The Minister said the authorities sought funding from the African Development Bank (AfDB) to introduce this new concept of establishing common user facilities in five districts where farmers engaged in the same commodity value-chains but lacked facilities to process their produce.

The concept was conceived in 2017, following a policy direction by the Ministry to realign the Rural Enterprises Programme to be consistent with the government’s Industrial Transformation Agenda.

It seeks to enhance the ability of farmers and other agricultural value-chain actors, with little or no financial capacity to establish their own common user processing facilities for their produce.