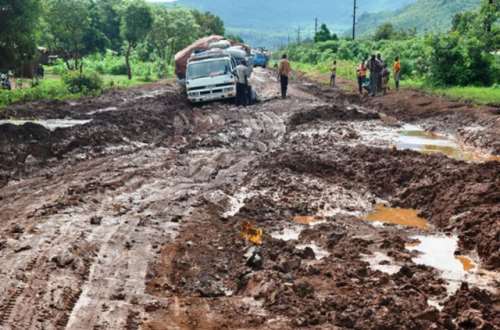 The investments of farmers at Mmofra, a cocoa growing community in the Amenfi West District of Western Region are going waste due to the deplorable, unmotorable nature of the roads connecting the place to the nearest market centre.

The situation had made it impossible for farmers to transport their cocoa and other farm produce to Mumuni Camp, the closest market centre, Mr. Joseph Owusu, an opinion leader and cocoa farmer told the Ghana News Agency (GNA).

Speaking in an interview with the GNA at Mmofra, Mr. Owusu said “the cocoa buying companies have stopped coming to the community to purchase our cocoa produce because of the bad nature of the road”.

Though the community is one of the highest producers of cocoa in the region, “cocoa buying has stopped because the buyers cannot come here”, he said.

According to him, traders, especially foodstuff dealers who managed to come to the place with hired cargo trucks took advantage of “our inability to convey our produce to the market and therefore offer prices below the realistic market value to their advantage”.

This, he said was because if they refused to agree to the buyers’ prices, the net result would be a complete rot of the produce at the farm gate and consequently incurring huge financial losses.

Mr. Owusu said the situation had adversely affected their socio-economic lives, citing that some parents and guardians were even finding it difficult to finance their children and wards education.

Madam Elizabeth Acheamotah, another cocoa famer said the road is so appalling that only tractors, motorbikes and tricycles can use it”, adding that “the road has been in that state for more than eleven years now”.

Mad. Acheamotah said transport fares were charged by the tricycle, popularly called ‘Aboboyaa’ riders based on time spent on the road with reference to the unmotorable nature of the road and its effect on the health of their machinery.

She said the riders charged costly fares because it took about three to four hours to cover the distance, though it should have been shorter time than that.

A number of residents who further spoke to the GNA therefore pleaded with the government through the District Assembly and the Regional Coordinating Council to facilitate rehabilitation of the roads as a matter urgency via the Department of Feeder Roads to save them from their predicament.

Artificial intelligence takes betting to the next level